Artificial lowering of a glacial lake

Development of a protocol for the planning, management and implementation of adaptation measures in land use planning at the level of Local Governments
END_OF_DOCUMENT_TOKEN_TO_BE_REPLACED

Artificial lowering of a glacial lake 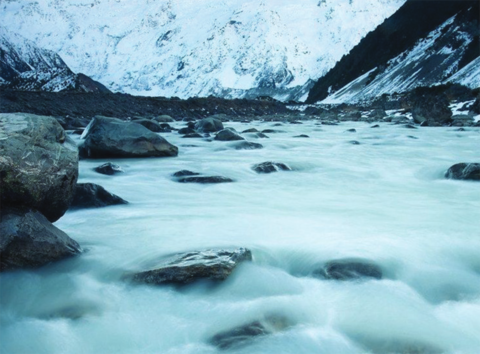 A glacial lake outburst flood (GLOF) is a type of outburst flood due to the increased volume of water in the lakes as a result of increasing temperatures. For e.g. GLOFs have led to devastating loss of life and infrastructure in the Himalayas. Artificial lowering of water levels of lakes is a technique to reduce the risk of glacial outburst.

Less desirable. The main barrier to the use of the technology is the extreme level of logistical complexity presented by the difficult access to some glacial lakes. Lake-lowering projects often take place in remote areas with steep inclines, nearly impassable to large machinery. Concerns about the possibility of heavy equipment toppling over on the steep slopes surrounding the Thorthormi and Raphstreng lakes in Bhutan led to the use of manual labor and low-tech tools in these projects (NASA 2009). The remote mountain areas also make for harsh working conditions in high elevations (Bhutan NEC 2006).

Lowering of lakes levels is most effective when combined with early-warning systems, preparedness training and planning.

Two of the biggest glacial lake outburst flood (GLOF) risk management projects in Asia have been the Thorthormi Lake project in Bhutan and the Tsho Rolpa Lake project in Nepal. The goal of the Thorthormi Lake project is to reduce the lake level by 5 meters, or “enough to eliminate hydrostatic pressure on its unstable moraine dam” (Sovacool et al. 2012b, 117). In Nepal, the Tsho Rolpa Lake was lowered by 3 meters in 2000 through a 70-meter-long canal guiding flow into the Rolwaling River (Shrestha et al. 2013).

Other GLOF risk management measures have been implemented in mountain areas worldwide. Much of the world’s expertise in draining glacial lakes was originally developed in Peru during an extensive, decades long GLOF prevention program run by the glaciology and hydrological resources unit of the National Water Authority (Carey et al. 2012).