Moist Membranes for Cultivation and Collection of Algae
END_OF_DOCUMENT_TOKEN_TO_BE_REPLACED

Micro-algae are a group of unicellular or simple multicellular fast growing photosynthetic microorganisms that can conserve CO2 efficiently from different sources, including the atmosphere, industrial exhaust gases, and soluble carbonate salts. Micro-algae act as a major system for converting atmospheric CO2 into lipids under sunlight and increase the output of algal oil. The enzyme acetyl Co-A carboxylase (ACCase) from micro-algae catalyzes the key metabolic step in the synthesis of oil in algae.

About 3,000 species out of 200,000 species were found to be useful for sequestration of CO2 and the production of biodiesel (Keffar and Kleinheinz, 2002). Micro-algae are a promising alternative to CO2 mitigation by CO2 fixation, biofuel production, and wastewater treatments. CO2 fixation by photoautotrophic algal cultures has the potential to diminish the release of CO2 into the atmosphere, thereby helping to alleviate the trend toward global warming (figure 1). Biofuel is derived from microbes that can live on land unfit for crops and generate nearly engine-ready chemicals which are considered to be third generation biofuels (New Scientist, 2011). 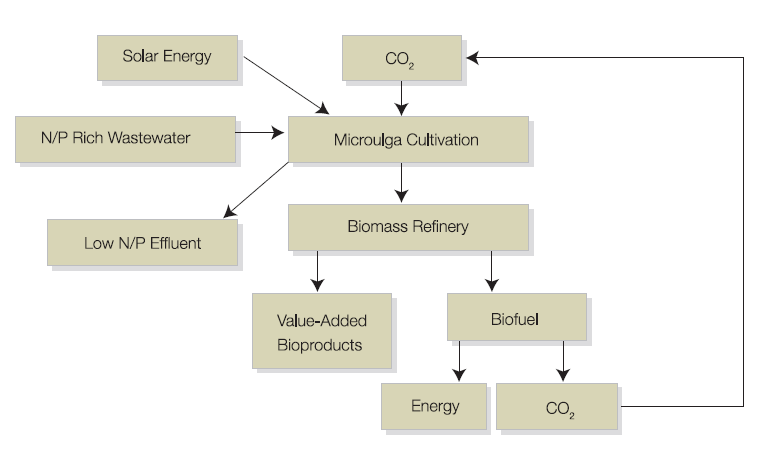 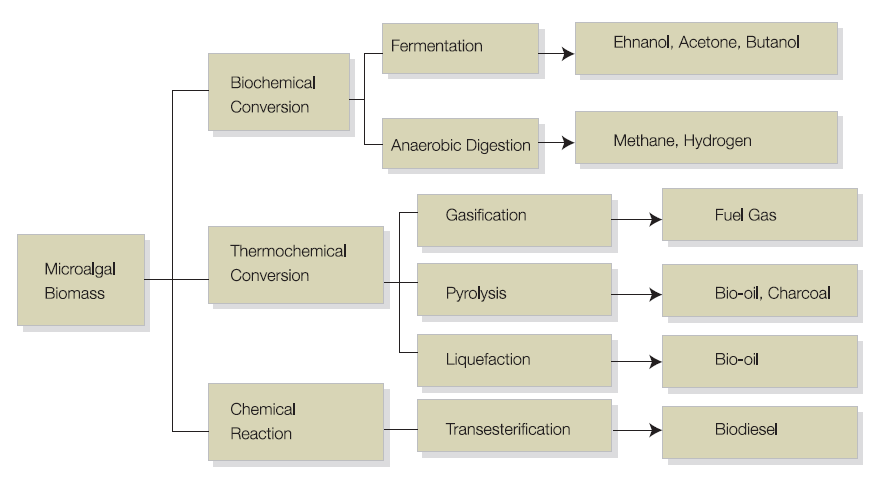 Micro-algae, when fed with CO2 and sunlight, produced large amounts of lipids and hence increased the output of algal oil. The enzyme Acetyl CoA Carboxylase (ACCase) from micro-algae helps to catalyse and transform CO2 in the synthesis of oils in algae.

Technological developments, including advances in photo bioreactor design, micro-algal biomass harvesting, drying, and other downstream processing technologies are important areas that may lead to enhanced cost-effectiveness and therefore, effective commercial implementation of the biofuel using a micro-algae strategy.

Micro-algae can fix carbon dioxide from different sources, which can be categorised as:

The systems for using micro-algae for CO2 sequestration involve the following sub systems:

Advantages for utilizing the open pond system are low initial and operational costs.

Disadvantages of an open pond system are the enormous size of the area required, which is not affordable in many regions, and a high water requirement. 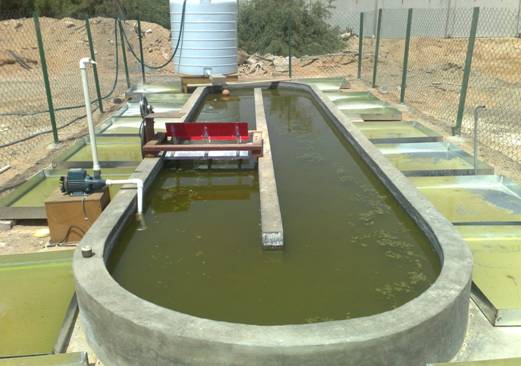 Photo-bioreactors provide advantages such as large surface/volume ratios, a barrier to minimise contamination, a capacity to achieve a high density of biomass, a high biomass productivity, and therefore, high CO2 fixation rate (Rosello et al., 2007). The tubular photo-bioreactor is one of the most popular configurations of photo –bioreactors used in algal carbon sequestration process (Travieso et al., 2001).

Advantages of the closed photo-bioreactor system

Disadvantages of the closed photo-bioreactor system 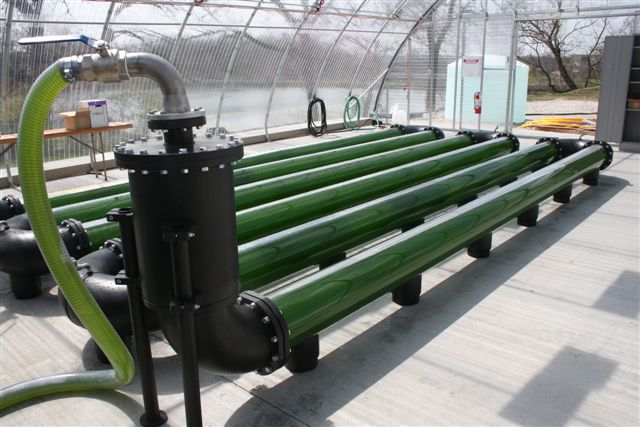 Another strategy explored for CO2 sequestration use by algae is to build moderate environmentally controlled systems, such as greenhouses. Growers can control the environment inside greenhouses while construction costs are not as high as a photo-bioreactor with a solar collector system. 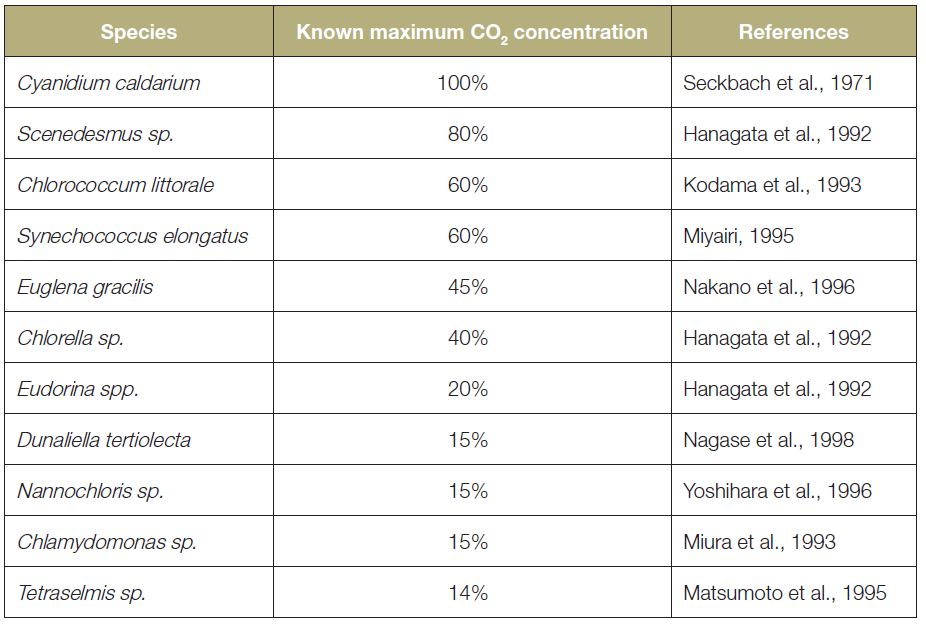 Obtaining biofuels from microalgae is a research topic at several locations around the world. However, commercial production does not yet exist. According to Wijffels and Barbosa (2010), current worldwide micro-algal manufacturing infrastructure can produce only about 5,000 tonnes of dry algal biomass per year, and that is devoted to extraction of high value products, such as carotenoids and omega-3 fatty acids for food and feed ingredients.

The main barrier is the enormous cost of production, as well as practical aspects, such as harvesting and drying. Wijffels and Barbosa (2010) estimate an area the size of Portugal would be needed to supply the transport fuel needs of Europe from micro-algae, so the scale of production would have to increase by three orders of magnitude. They also state that a concomitant decrease in the cost of production by a factor of 10 is needed.

As per Schenk et al. (2008) and Benemann and Oswald (1996) the cost of algal oil production comes in the range of US$52–$91 per barrel. This estimate was based on 400 hectares of open ponds, using either pure CO2 or flue gas from a coal-fired power station and productivity assumptions of 30-60 g m−2 day−1 with 50% algal lipid yield. Such high yields are theoretically possible but to date have not been demonstrated. Another analysis (Huntley and Redalje, 2006) estimated algae oil production costs to be US$84 bbl. This scenario was based on the infrastructure cost assumptions utilising a hybrid system with an aerial productivity of 70.4 g m−2 day−1and 35% algal lipid yield.