Conventional tillage is the traditional method of farming in which soil is prepared for planting by completely inverting it with a tractor-pulled plough, followed by subsequent additional tillage to smooth the soil surface for crop cultivation. In contrast, conservation tillage is a tillage system that conserves soil, water and energy resources through the reduction of tillage intensity and retention of crop residue. Conservation tillage involves the planting, growing and harvesting of crops with limited disturbance to the soil surface.

Tillage of the soil stimulates microbial decomposition of soil organic matter, which results in emissions of CO2 to the atmosphere. Therefore, minimising the amount of tillage promotes sequestration of carbon in the soil. In the last decades advancements in weed control methods and farm machinery now allow many crops to be grown with minimum tillage (Smith et al., 2008).

Conservation tillage is any method of soil cultivation that leaves the previous year’s crop residue (such as corn stalks or wheat stubble) on fields before and after planting the next crop to reduce soil erosion and runoff, as well as other benefits such as carbon sequestration (MDA, 2011). With this technique, at least 30% of the soil surface is covered with crop residue/organic residue following planting (Dinnes, 2004). It also features noninversion of the soil. This type of soil tillage is characterised by tillage depth and the percentage of surface area disturbed. For example, to plant the crop in figure 1, the planter was adjusted to place the seed 50mm deep and provide a layer of fine tilth 18mm deep across the planted row areas in order to incorporate Treflan, which was sprayed in front of the machine. This was all completed at 20km/h. Conservation tillage methods include zero-till, strip-till, ridge-till and mulch-till. Zero-tillage is the extreme form of conservation tillage resulting in minimal disturbance to the soil surface. 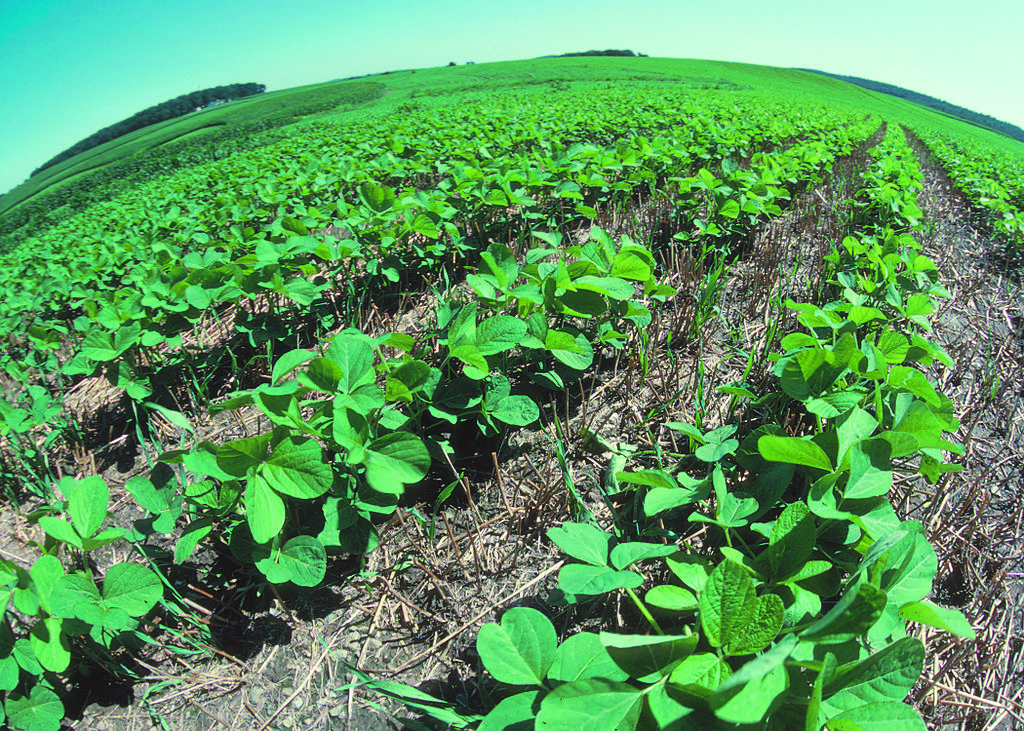 Zero-till involves planting crops directly into residue that hasn’t been tilled at all (MDA, 2011). Zero tillage technology is generally used in large-scale agricultural crop cultivation systems because large machines are required for planting (figure 2). For smaller-scale farms, no adequate machines are available for sowing, although very small scale farmers may do so by hand (figure 3). In zero-tillage, crops are planted with minimum disturbance to the soil by planting the seeds in an un-ploughed field with no other land preparation. A typical zero-tillage machine is a heavy implement that can sow seed in slits 2-3cm wide and 4-7cm deep and also apply fertiliser in one operation (CIMMYT, 2010). The machine contains an inverted T-type furrow opener to open the slits (figure 2). The seed and fertiliser are placed in corresponding boxes and dropped into the slits automatically. The depth of the slits may be controlled by a hydraulic mechanism from the tractor. 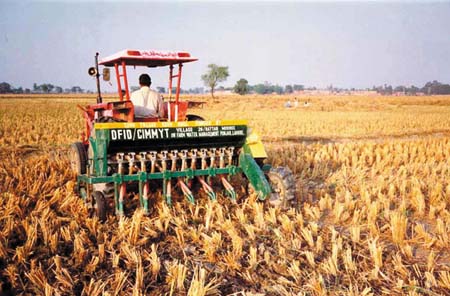 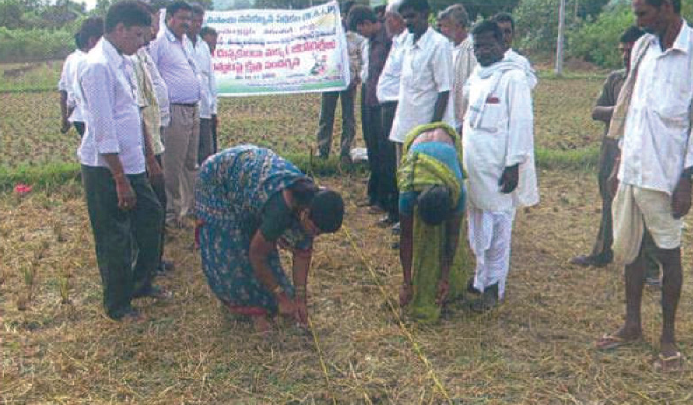 Strip-tillage involves tilling the soil only in narrow strips with the rest of the field left untilled (strip-till) (MDA, 2011).

Ridge-till involves planting seeds in the valleys between carefully molded ridges of soil (figure 4). The previous crop’s residue is cleared off ridge-tops into adjacent furrows to make way for the new crop being planted on ridges. Maintaining the ridges is essential and requires modified or specialised equipment (MDA, 2011).

Mulch-till (figure 5) is another reduced tillage system in which residue is partially incorporated using chisels, sweeps, field cultivators, or similar farming implements that leaves at least one third of the soil surface covered with crop residue (MDA, 2011). 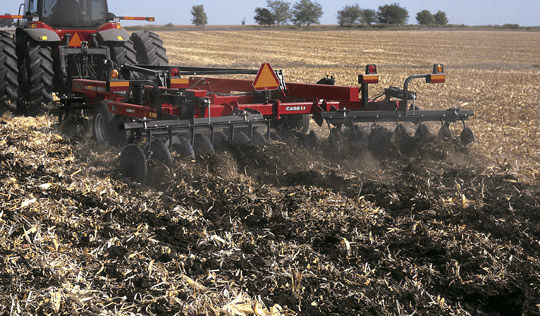 Each conservation tillage method requires its own type of specialised or modified equipment and adaptations in management.

The largest barrier is the weight and cost of the specialised planters required to penetrate the soil covered with the previous crop. The use of these planters is mainly restricted to richer countries where the fields are relatively large. For growers with small farms in poor countries, the large amount of hand labour required is a barrier.