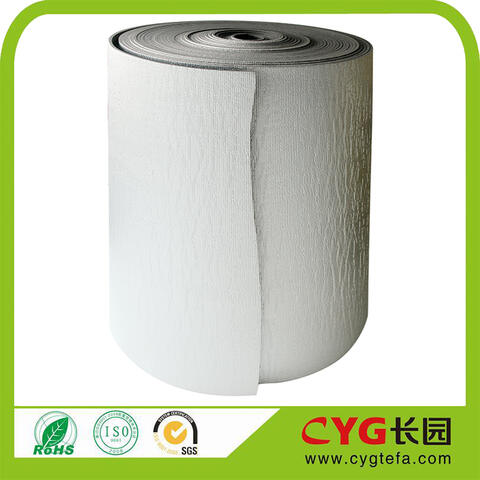 Thermalinsulation is a flexible thermal insulation material made from closed cell, crosslinked polyethylene foam. The special crosslinking utilised in the production of the material, as well as, its closed cell structure, results in insulating properties that are superior to convrntional fibreglass, rubber based and non crosslined products.

Is not irritating to the skin.

Does not allow build up of bacteria contamination.