Turning Waste into Energy at Högdalenverket

Turning Waste into Energy at Högdalenverket 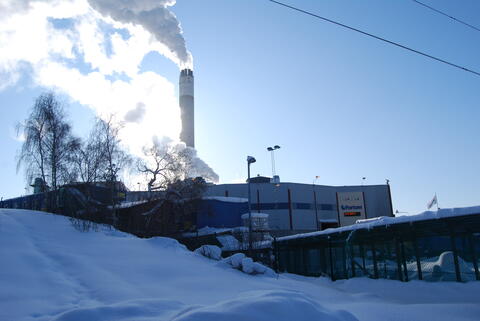 Högdalenverket is one of Europe’s most modern facilities for extracting energy from waste, producing electricity and heat from Stockholm’s combustible household waste and industry waste. This makes Högdalenverket an important component in the district heating network of southern Stockholm. The waste-fired Högdalenverket is one of Stockholm’s largest combined heat and power plants, providing environmentally friendly heat and electricity to large parts of southern Stockholm. The advantage of waste incineration is that you avoid landfilling of waste, which can cause leaking problems of methane and heavy metals. The emissions from Högdalenverket’s waste incineration have, thanks to efficient flue gas cleaning units, a relatively low environmental impact.

<h2> Extracting energy from waste since 1970 </h2>
Ever since 1970, Högdalenverket has been recycling energy out of waste. Initially in form of electricity, but since 1979 also as heat. Today, the Högdalen incineration facility has the capacity to receive around 700,000 tonnes of waste per year.

<h2> Producing 2,138 GWh per year </h2>
The plant is owned by Stockholm Exergi, which is co-owned by the power company Fortum and the municipality of Stockholm. Stockholm Exergi has several waste and biofuel incineration plants in Stockholm. In total, Stockholm Exergi’s plants produce a total of 2,138 GWh of energy (electricity and heat) from waste, where the recycled energy benefits both the citizens of Stockholm, and the environment.