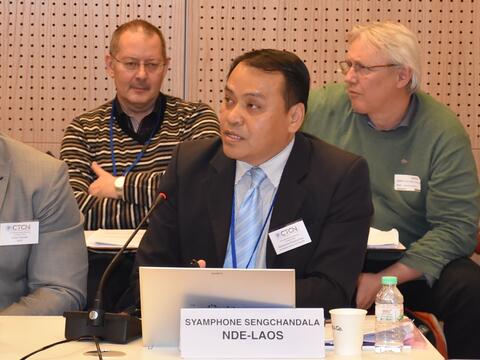 Lao People's Democratic Republic asked the CTCN to conduct city climate vulnerability assessments: information and analysis on how people in six selected cities are currently at risk from climate change and how they will be impacted under future climate scenarios. The work focused on the cities of Vientiane, Luang Prabang, Pakxe, Kaysone Phomvihane/Savannakhet, Thaket, Paksan.

“The benefits of the CTCN assistance include strengthening the knowledge and expertise of state and municipal authorities being able to address national and sub-national adaptation priorities”, says the National Designated Entity, Mr. Syamphone Sengchandala from the Ministry of Natural Resources and Environment.

Consultations with stakeholders enabled to identify specific proposals to be implemented in each city, estimated costs, key elements as well as an assessment of possible challenges. The biggest attention of this project has been given to flood damage mitigation, most interventions analyzed and proposed were related to the delivery of ecosystem services that would help minimize impacts from floods such as re-forestation. Other examples of adaptation solutions include watershed restoration, utilization of natural depressions and wetlands, as well as the planting of grasses and plants for bank stabilization.

The CTCN experts have identified the need to address a lack of or malfunctioning of conventional flood mitigation infrastructure in the cities. It was observed the lack of controlled flood water management (e.g. non-operational flood gates) prevented from the optimal utilization of green spaces in a targeted manner. Many of the proposed interventions involve a combination of green-grey measures.

The results of this assistance have been used by the country to finalize their proposal to the Green Climate Fund.