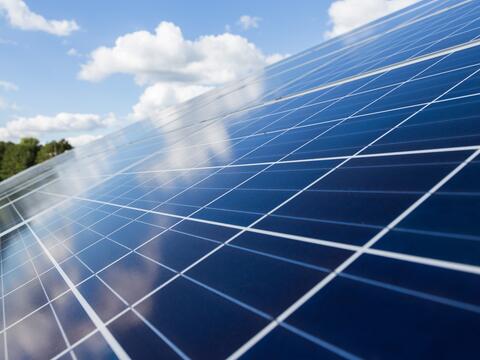 The 2030 Agenda and the Paris Agreement provide impetus for development, innovation and trade of Environmentally Sound Technologies (ESTs), which can serve to address pollution and climate change while creating new economic opportunities, jobs and social benefits.

ESTs, such as renewable energy, waste and water management technologies, can play an important role in supporting climate change mitigation, adaptation and resilience building, as well as in facilitating the transition towards more circular and greener economies. This was highlighted at the UN High-level Political Forum and the fourth United Nations Environment Assembly earlier this year.

International trade is a critical enabler for the dissemination of ESTs and opens new opportunities for countries worldwide.  A recent study by the Environment and Trade Hub of UN Environment highlights the triple-win opportunities from enhanced trade, development and deployment of ESTs. As part of a joint project, the study aims to enhance understanding of the implications, capacity needs and enabling conditions for trade liberalization of ESTs, with focus on developing countries.

Taking place in the lead up to 2019 Climate Summit hosted by UN Secretary-General António Guterres, this webinar aims to contribute to the discussion and action on climate and sustainable development, while exploring synergies between climate, technology and trade.

During the webinar the speakers talked about:

UN Environment is the leading global voice on the environment. It provides leadership and encourages partnership in caring for the environment by inspiring, informing, and enabling nations and peoples to improve their quality of life without compromising that of future generations. UN Environment works with governments, the private sector, civil society and with other UN entities and international organizations across the world.

About the Environment and Trade Hub:

Launched in 2015, UN Environment’s Environment and Trade Hub serves as the overarching delivery mechanism for UN Environment’s work on trade. The Hub offers capacity building and related policy advice on sustainable trade and investment that are tailored to local needs and circumstances.

Aik Hoe Lim - a Director of the Trade and Environment Division at the World Trade Organization (WHO). He is in charge of its work on trade and environment at the WTO, as well as on the Agreement on Technical Barriers to Trade. From 2007 to 2015, he was Counsellor in the Trade in Services Division and Secretary to the Working Group on Domestic Regulation and on GATS Rules. He has served as Counsellor to two consecutive WTO Director-Generals (2001-2005) and was also Adviser to the Director General’s Consultative Group on "The Future of the WTO”.

Before joining the WTO in 1999, he was a Senior Economic Affairs Officer at the G-15 Summit Level Group of Developing Countries. He has also been a consultant on development and labour policies to the International Labour Organization and has worked in the field of urban environmental regeneration.

She was appointed by the Secretary-General of the United Nations to the Ten-Member High Level Advisory Group of the UN Technology Facilitation Mechanism and to the Governing Council of the UN's Technology Bank for Least Developed Countries. She is also a member of the UN SDSN Leadership Council led by Jeffrey Sachs and a member of the Council for Global Economic Transformation co-chaired by Joseph Stiglitz and Michael Spence.

She has been a consultant for UNDESA, UNCTAD, UNIDO, the World Bank, the OECD, the European Commission, the ILO, the Commonwealth Secretariat, UKTI and the Chinese government.Her research interests include innovation, technology and industrialisation; trade, foreign direct investment and economic development; emerging Asian economies; innovation and productivity in the UK/US.

Professor Fu came to Oxford from Cambridge University, where she was a Senior Research Fellow. Before coming to the UK, she had five years’ work experience in the business sector in China before embarking on her academic career.

Mahesh Sugathan - an economist and trade-policy expert based in Geneva, Switzerland and Principal Consultant at "Mahesh Sugathan and Associates Consulting". His work is focused on on trade-policy and WTO rules, environment, climate change and sustainable energy. Mahesh was formerly Senior Research Fellow at the International Centre for Trade and Sustainable Development and has also consulted for various international organisations including the the United Nations Environment Programme (UNEP), UN Conference on Trade and Development (UNCTAD),  the World Bank South Asia office, the Inter-American Development Bank (IADB), International Trade Centre (ITC), and the ACP Secretariat. He was also a contributing author to the World Economic Forum and the International Centre for Trade and Sustainable Development's E-15 initiative on Clean Energy Technologies and the Trade System.

Prior to coming to UN Environment, she was Deputy Division Director in the Ministry of Commerce of China. From 2007 to 2010, she was posted as a diplomat to the Chinese Embassy in Denmark.

She holds a Master's degree on Environmental Change and Management from Oxford University and a Certificate of Competition Law from College of Europe.