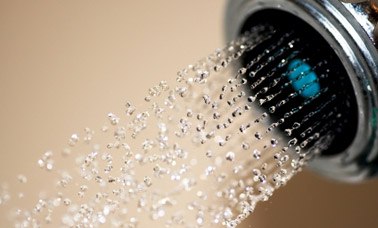 Examples of industrialized countries that have experienced declining per capita water use include the United States and Japan. In the US, per capita water use peaked in 1975 and then declined nearly 30% over the next 30 years (Pacific Institute, 2009). Although most progress in the US has been attributable to improved industrial and agricultural efficiency, the use of water efficient appliances and fixtures in homes, institutions and businesses can contribute greatly to water conservation efforts. In Japan, residential per capita water use increased by about 25% in the 1980s, leveled off in the 1990s and began to decline in 2000. This progress has been attributed to the increasing use of water efficient appliances and fixtures (Nakagawa et al., 2010).

The most common water efficient appliances include dishwashers and clothes washing machines; popular fixtures include toilets, showerheads and faucets. They can simply use less water while yielding comparable performance (e.g. low-flow showerheads). Alternatively, these appliances can be more complex, as devices that use gray water from the sink for toilet flushing (see figure 2). Other products give visual or audible feedback to the user about resource consumption and rely on behaviour change (Elizondo and Lofthouse, 2010).

The transfer of the water efficient technologies from wealthy countries to developing countries can potentially hasten progress toward the EKC “turning point” and conserve water resources (Elizondo and Lofthouse, 2010). Making efficient appliances available on the market is necessary but may not be sufficient. Three major strategies to increase the use of water efficient appliances and fixtures are discussed below:

Although important and effective, these are only a few of the strategies used to reduce residential water use. Educating users, metering individual homes, implementing volumetric pricing, fixing leaks, and limiting outdoor water use are also important steps for conversion (Elizondo and Lofthouse, 2010; USEPA, 2008).

Advantages of the technology

A warmer climate is highly likely to result in more frequent drought (IPCC, 2007). Additionally, growing population will push many countries into water stress and water scarcity by 2050. Water conservation is an essential part of comprehensive strategies to reduce pressure on existing water resources. The industrial and agricultural sectors account for a large majority of global freshwater use. However, total freshwater withdrawals reported for 163 countries by the Pacific Institute showed that in the median country residential water use accounted for 16% of total freshwater withdrawals (Gleick et al., 2006). Therefore, residential conservation efforts can make a strong positive contribution to reducing pressure on water resources.

Establishing a functioning certification process may be costly depending on existing capacity. However, the costs for individual households are generally small and may be fully recovered by water savings over the lifetime of the product.

A functioning infrastructure for standard-setting, testing and certification of water efficient products requires expertise across a range of areas. Professionals with experience from other sectors in standard-setting and certification may be able to transfer their knowledge to water efficiency. Alternatively, standards could be adopted in whole or part from a nearby country where the same products are generally available.

Regardless of the mechanism used to encourage water conservation, policy makers and residents must be educated. Initiatives to promote water conservation may be practical in schools, through media and by other means. Branding and marketing is necessary for any certification system so that residents know the label and associate it with quality and efficiency.

Increasing the use of water efficient appliances is primarily an institutional challenge. Although some citizens may be motivated to save water by environmental concerns, economic or other incentives are likely to be necessary to either incentivize or mandate the installation, production and sale of such appliances (Elizondo and Lofthouse, 2010; Geller et al., 1983; Van Vugt, 2001). Transparent processes are necessary for standard-setting, testing and certification of individual products. Additionally, the use of tax incentives requires a tax structure that allows exemptions (e.g. from sales tax) or tax credits for certain purchases.

Potential for misrepresentation or corruption in a certification and labelling process is a challenge. Even the US, with relatively well-functioning certification and legal systems, has struggled to ensure that Energy Star labels accurately reflect energy use (Bounds, 2010). Fixed (unmetered) water tariffs present a major barrier to implementation of residential water conservation programs as they remove any financial incentive to conserve.

Populations that perceive the importance of environmental and water resource conservation will generally be more open to changing behaviours around water. In areas where people feel tightly bonded to their communities, they are more willing to set aside self-interest to conserve a common resource (Van Vugt, 2001). Welldeveloped tax codes or the ability to exempt certain products from sales tax provide opportunities for additional incentives.

The most thorough overview of water efficiency standards worldwide is found in a 2009 European Union (EU) report. The EU does not currently have published mandatory efficiency standards for water using products, but is expected to have them soon through the Ecodesign Directive. The report provides an overview of voluntary and mandatory measures within the EU, in member states and around the world. It also provides detailed accounts of the impacts of existing policies, the anticipated efficiency gains if mandatory standards were implemented, product testing procedures, policy options, and other valuable content.