Waste to resources- Circularity in Linköping

Waste to resources- Circularity in Linköping 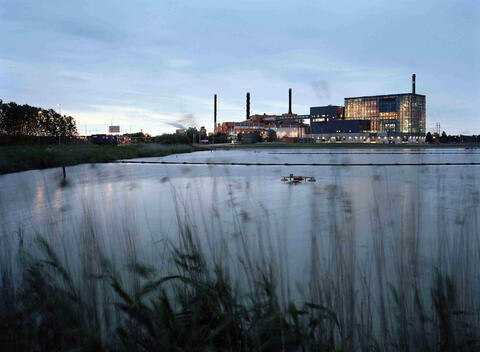 Energy recycling- a way to conserve resources Production and consumption of products creates huge amounts of waste, both locally and in the production countries. Energy recovery is a method used in Linköping for handling residual waste that exists in society, waste is not created only for the purpose of fueling the plants. Tekniska Verken in Linköping receives waste from the municipality. The waste – which should not include materials that can be recycled – is already sorted by organic waste which is put in green bags in the homes, and residual waste. Read more about the sorting system in "Smart city logistics for increades recycling".

At the plant an optical sorter from Optibag separates the green bags with organic waste and the other bags with residual waste. The wastes are treated separately in order to maximize the energy output.

<b>Biogas</b>
About 25 % of the received waste are organic and used in the biogas production in order to maximise the energy recovery. At the biogas plant, biodegradable waste from industrial sources as well as from municipal residents is pre-treated and pasteurized before it is digested. In the process of digestion, biogas is extracted and then upgraded to high grade bio-methane which is sold to the transport sector as vehicle fuel. For example the buses in the region are fuelled by the biogas. The secondary output from the process is bio-fertilizer which is used to replace artificial fertilizer in the agricultural sector. Bio-fertilizer is a valuable resource as it recirculates nutrients including some of the finite resources such as phosphorous which is becoming an increasingly dare commodity. The latest addition to the site is a liquid biogas plant, which enables the use of biogas in industrial processes as well as vehicle fuels at sites with no biogas production.uction.

The system is an exampel of circularity in Linköping where several actors including the municipal residents, work together towards a more resource efficient society.