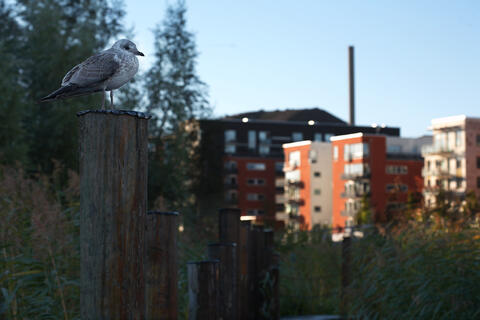 The major soil remediation projects carried out in Stockholm during the last decade were in many ways unique and resulted in new experiences. Four areas were remediated from contamination, partly with new technology and help from entrepreneurs, who have never worked in Sweden before.

During the years 1998-2004, the city of Stockholm carried out 4 major remediation projects. The remediated areas were the districts of Lyftkranen in Ulvsunda industrial estate, Sickla Udde, Klara sjö and parts of Gasverkstomten in Hjorthagen. The areas were cleaned primarily from metals and organic compounds, from closed industries, but also from pollution car-, boat and train traffic. Without the remediation efforts, the sediment would continue to leak contaminantes and the soil would be increasingly difficult to use. The remediation made it possible to build new buildings in the areas. Positive impacts on the economy and the environment • All areas were remediated from big amounts of PAH and mercury. • Animals and plants in Lake Klara are now recovering. It is possible to fish and the numbers of crayfishes are increasing. Also in Lake Ulvsunda, the fishes are recovering. • Sickla Udde and Ulvsunda are now areas, which are used for recreation. • At Sickla Udde, thousands of houses were built, after the remediation. In the former contaminated areas of Lyftkranen and Gasverkstomten, there is no longer an obstacle to build houses.