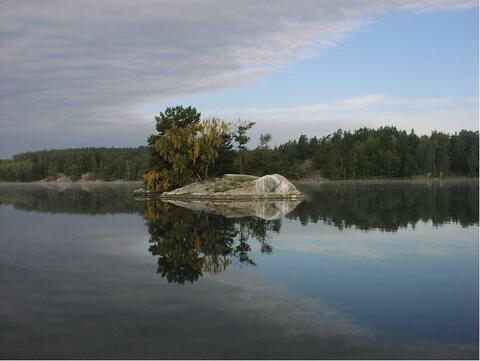 Both the natural values and economic values have increased in Nykvarn since the municipality restored the mercury-contaminated lake Turingen, The today ineadible fish will in a relatively near future be eadible again.

In 1998, Södertälje Municipality applied for a contribution from the local investment program, LIP, in order to in two stages isolate the pollution of mercury in Turingesjön. The project ended in 2003, in the newly-formed municipality of Nykvarn. During the years 1946-1966, Nykvarns Bruk ( a paper mill) released fiber residues, containing mercury, in Turingeån and in the lake Turingen. In total, the lake contained 350-400 kg of mercury, when the restoration started. The majority was bound to particles in the bottom sediments. The fishes spread the mercury to the lake Mälaren, which in turn affected the lake Yngern. Positive impacts on the environment and economy • The content of mercury in the lake drops steadily. Also, the content in the fishes is according to estimates dropping and reaches below the national target of 0.5 mg /kg in 20-50 years, from today‘s 2 mg /kginstead of in 200 years if the remediation had not been carried out. • Visibility in the lake's water depth increases, which is positive for both swimming and fishing. • The spread of mercury to the lake Mälaren has decreased significantly. • The conference and the golf course , which have been constructed at the lake, are examples of establishments that might not have been realised without the restoration.. • The method was 50 % cheaper than a traditional remediation.