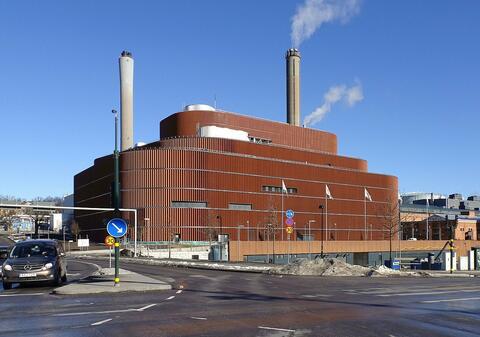 In central Stockholm, at Värtahamnen, is Stockholm’s largest biofuel-powered combined heat and power plant. It produces energy enough to heat up approximately 190,000 average size apartments. The combined heat and power plant (CHP), known as KVV8, was inaugurated in 2016 and produces heat and electricity based on solid biofuel (residual products from the forest and sawmill industry, e.g. chips, branches and peaks). The CHP plant produces 1,700 GWh heat and 750 GWh electricity per year, which is equivalent to heating of approximately 190,000 average size apartments . The plant is owned by Stockholm Exergi, which is co-owned by the company Fortum and the City of Stockholm.

The CHP plant involves a comprehensive modernisation of Stockholm's district heating provisioning and will help reduce CO2 emissions in Stockholm by an estimated 126,000 tonnes annually. The facility makes a significant contribution to the City of Stockholm in meeting its climate targets and will be an important step in the development of a sustainable energy supply in Stockholm and Europe.