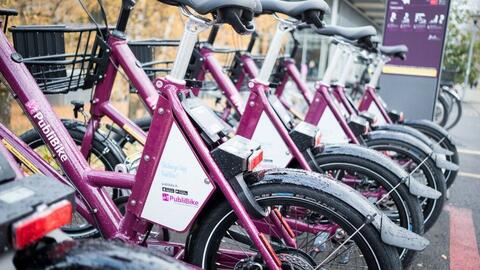 In Switzerland, it is PubliBike that represents this mobile, urban and sustainable service. Since 2009, PubliBike has been offering a number of bike-sharing networks throughout Switzerland and is continuously expanding the programme.

In these networks, you can borrow bikes and e-bikes. The pricing is different for occasional or regular use. Regular users can choose from two annual subscription packages. For annual subscribers, the first half-hour is free except when renting an electric bike (from 1.80 to 4.50 CHF depending on the formula), then every minute of use adds 0.06-0.23 cents francs (depending on the formula) with a maximum ceiling per rental (20 CHF for a classic bike, 40 CHF an electric bike )