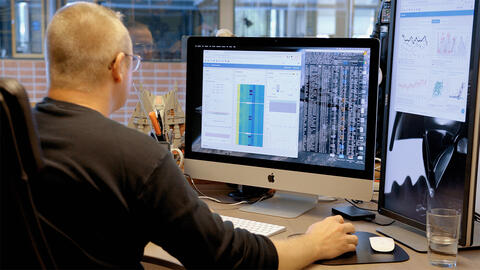 In Karlshamn a rewarding collaboration has been going on for many years between several actors who together have created a sustainable and intelligent district heating system. The system, which is controlled using the latest technology in AI, is constantly evolving to help create a future sustainable energy system.

It´s innovation through collaboration! Almost 50% of the households in Karlshamn are heated with district heating, in total 1500 buildings both private, commercial and public such as schools are connected to the district heating system that is owned by the local energy company, Karlshamn Energi. The largest customer is Elleholms Tomater, Swedens second largest tomato greenhouse. They consume approximately 17 000 MWh annually and rely on clean and climate smart energy from the district heating system. Elleholms Tomater also plan to build a fish farm next to the greenhouse to further reduce the return temperatures in the system.

The main supply of hot water into the district heating system is excess heat from Södras pulp and paper mill in Mörrum with 63 MW installed. Karlshamn Energi has several smaller boilers in and around Karlshamn to support the system. They are mainly fueled with biofuel.

The main backup supplier is AAK in Karlshamn with 22 MW installed and available as stand-by from September until April.

Karlshamn Energi is cooperating with NODA Intelligent systems, who uses AI-technology to build sophisticated communication in energy systems. In the district heating system of Karlshamn, the NODA system uses forecasts to make the system more efficient and sustainable.