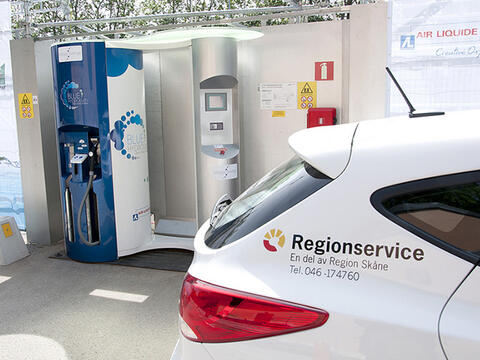 In June 2014, Region Skåne and the city of Malmö opened Sweden’s first mobile fuelling station for hydrogen in Sege Park in Malmö. The hydrogen is produced from pure water, using renewable electricity, and water is also the only emission when driving. A refueling takes less than 5 minutes and a full tank enables a distance of approximately 500 km. This demonstration station now serves Sweden’s first three fuel cell cars, owned by Region Skåne and the city of Malmö. In Copenhagen municipality there is now 15 cars of the same type and one filling station. Cars and filling station is part of the Interreg project Next Move.