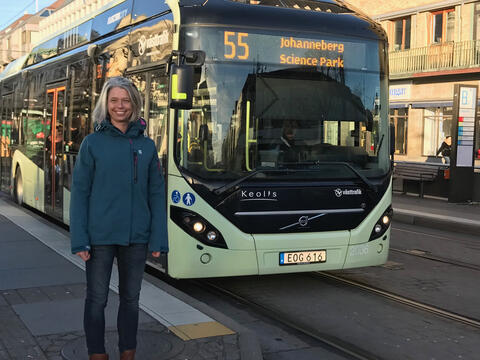 Geofencing is a virtual geographical perimeter, which enables cities to create green zones where vehicles are restricted, digitally, and forced to switch to electric drive for instance. Within this zone smart vehicles can be limited or controlled to some extent. Gothenburg, Sweden, is currently testing geofencing on a line, operated by electrical and hybrid vehicles. Geofencing is used to limit the speed and forces the buss to switch to electric drive on certain stretches. This use of the technology gives the right speed, quieter and pollution free public transport where and when it is needed.

Another possibility with geofencing is to completely ban specific vehicles in some areas, either during certain times or entirely as a safety measure.

The buses are a part of the project ElectriCity (www.electricitygoteborg.se), which is a triple helix partnership for a more sustainable transport system.