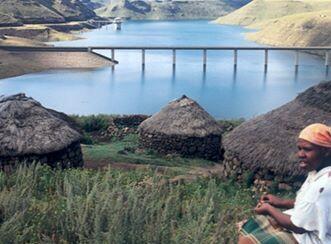 Aurecon, a South Africa based consultancy with extensive experience in water resources management has, among many other projects, participated in the bi-national Lesotho Highlands Water Project (LHWP) widely regarded as an African success story. It has pioneered the way for peaceful cooperation and mutually beneficial socio-economic development across the continent. Aurecon has played various key roles in the project since its inception six decades ago. In 1986, the Kingdom of Lesotho and the Republic of South Africa signed a treaty to harness the water resources of the Lesotho Highlands to supply water to South Africa and generate power for Lesotho. Phase 1 of the project comprised the major water interbasin transfer and hydropower components involving construction of tunnels and dams, including the iconic 185 m high Katse Dam, designed to divert water from the Senqu (Orange) River to the Ash River in South Africa. Some of the challenges of the project included overcoming the large-scale, technically complex nature of the interbasin water transfer project, working in a harsh mountain environment and pioneering new systems to manage the biophysical and social challenges of the project.