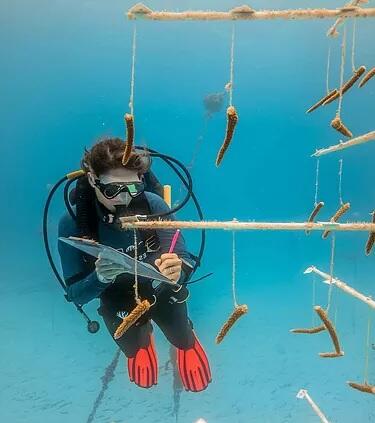 Coral Restoration Foundation (CRF) a non-profit organisation was established by Ken Nedimyer, a commercial fish collector and live rock farmer who, as a longtime resident of the Florida Keys, had seen, first-hand, the decline of the local reefs through the decades. CRF is now actively restoring coral reefs on a large scale. They grow corals in offshore Coral Tree™ Nurseries, and then outplant them onto carefully selected sites. CRF has now planted almost 70,000 critically endangered staghorn and elkhorn corals back onto the Florida Reef Tract. Many of these corals have now grown into thriving colonies with the ability to spawn, kick-starting the reefs' natural process of recovery.