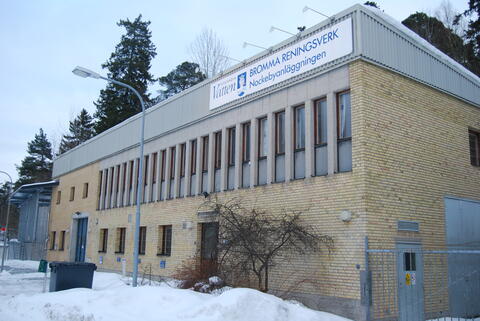 Two sewage treatment works in Stockholm are producing biogas from sewage sludge. After having purified the gas, it can be used for both heating and vehicle fuel and in addition creates no net emissions of carbon dioxide. Consequently, the treatment works have reduced their amount of emissions and become energy suppliers. Therefore, sewage sludge is no longer an environmental problem, but an important energy resource.

Stockholm Vatten’s (Water) project "Biogas from sewage sludge" has shown that a single measure can contribute to solving two different environmental problems: Waste management and fossil fuel emissions. Thanks to the support of the local investment programme (LIP), two biogas stations were built, one in Bromma sewage treatment works and one in Henriksdal sewge treatment works, being able to produce 6 million Nm3 / a year. One of many purposes was to increase the production of clean biogas as vehicle fuel. Another purpose was to reduce the energy use and emissions of carbon dioxide, particles and carcinogenic substances, from water treatments plants, through replacing fossil fuel with biogas. Positive effects on the environment and economy: • Reduced use of energy (5GWh / a year • Increased gas production (5GWh/ a year) • Reduced use of petroleum (6 million litre/ a year) • Reduced emissions of carbon dioxide (14.000 t CO2) • Lower Emissions of particles and Nitrogen Oxides • Low operating costs and development of a new technology