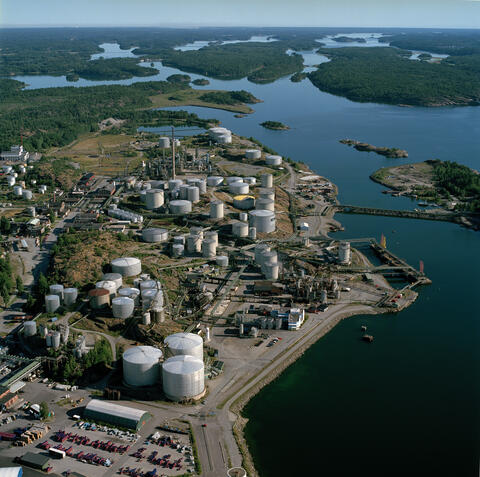 In a unique project, Fortum provides Nynas AB refinery in Nynäshamn with process steam, coming from the biofuel-powered cogeneration plant. In return, Fortum is given access to the surplus heat from the refinery, which they will use to heat Nynäshamn’s municipality. This project will result in reduced emissions of carbon dioxide, with nearly 100 000 t / year.

The refinery in Nynäshamn became the world’s first bio fuel-powered refinery and is a successful example of energy conversion. The project “EkoSamVärme Nynäshamn” was partly funded with money from the Local Investment Programme (LIP). The important part of this project is to exploit the extensive waste heat from Nynas AB's oil refinery in Nynäshamn and use it in the district heating network. At the same time, Fortum expanded its district heating system in Nynäshamn. The energy system was inaugurated in 2004. Positive effects on the environment and the economy: