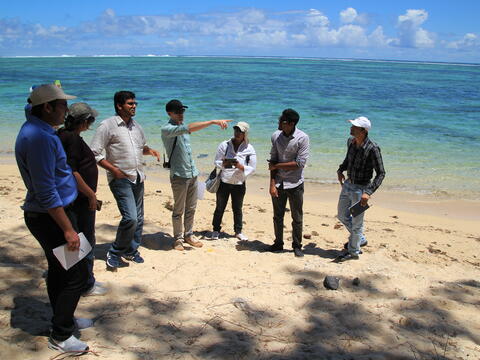 The latest Intergovernmental Panel on Climate Change (IPCC) Special Report highlights the urgency of prioritizing timely, ambitious and coordinated action to address unprecedented and enduring changes in the ocean and cryosphere.

The report reveals the benefits of ambitious and effective adaptation for sustainable development and, conversely, the escalating costs and risks of delayed action.

The ocean and the cryosphere – the frozen parts of the planet – play a critical role for life on Earth. A total of 670 million people in high mountain regions and 680 million people in low-lying coastal zones depend directly on these systems. Four million people live permanently in the Arctic region, and small island developing states are home to 65 million people.

Global warming has already reached 1°C above the pre-industrial level, due to past and current greenhouse gas emissions. There is overwhelming evidence that this is resulting in profound consequences for ecosystems and people. The ocean is warmer, more acidic and less productive. Melting glaciers and ice sheets are causing sea level rise, and coastal extreme events are becoming more severe.