Development of a geothermal direct use project in Uganda
END_OF_DOCUMENT_TOKEN_TO_BE_REPLACED 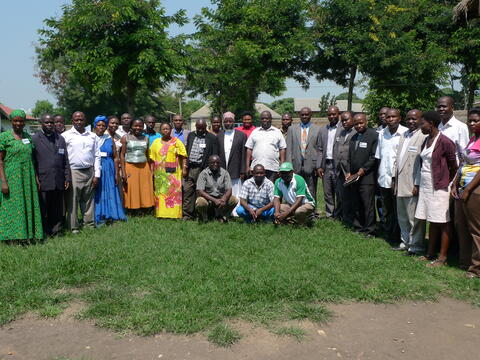 As part of the CTCN technical assistance on Formulation of Geothermal Energy Policy and Law in Uganda, a range of stakeholder meetings were held this summer to discuss the options and issues for policy and legal development in the country. The programme was led by the Geothermal Resources Department (GRD) of the Ministry of Energy and Minerals Development (MEMD), Uganda, with technical assistance provided by a consortium led by CTC Network member Carbon Counts.*

The stakeholder engagement programme used a two-way roundtable format where stakeholders were introduced to geothermal energy and its characteristics, and an outline of various options for Uganda to develop policy and legal frameworks were presented. The options were discussed in a group format in order to help clarify issues and solicit views on preferred approaches.
The programme covered a range of stakeholder roundtables covering:

The team heard that local communities are generally supportive of geothermal development, but it was also flagged that there is a need to ensure that development is sympathetic of local activities (e.g. salt production from geothermal springs) and that benefits are realised locally. It was noted that clear consideration of direct uses of geothermal heat as a catalyst for local industrial development should be included in the policy, in particular in support of agriculture and fisheries activities (e.g. food processing and drying).

Further work is needed to bring geothermal energy into the syllabus of Earth science courses. Creation of specialised courses in the field at undergraduate level should be avoided, although scope for post-graduate studies should be explored further. Internships for students within the Geothermal Resources Department needs further effort. There was also broad agreement that geology could be better covered in the national curriculum for schools, of which geothermal should be a feature.

The team is currently working on the draft policy framework and legal and regulatory texts based on the analysis undertaken and inputs received from stakeholders. A round of inter-ministry/agency consultation will take place in late September 2016 on the draft documents. Thereafter it is anticipated that the texts will be held by the Minister for Energy and Minerals Development to promulgate through Uganda’s parliamentary process.