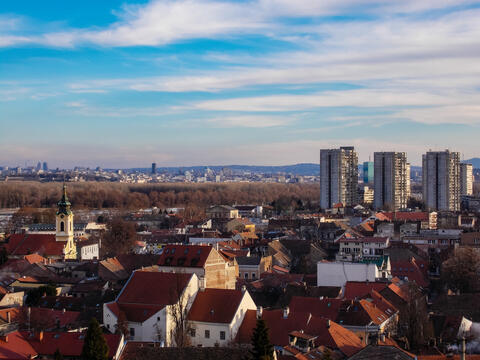 The City of Belgrade’s district heating is the largest in Serbia and one of the largest in Europe with a total length of 1,420km and a capacity of over 2,800MW, almost half the total DH capacity in the country. “Beogradske elektran” manages the system which supplies heat to approximately 50% of household, business and public buildings in Belgrade. The system’s priority is to switch heat sources from almost exclusively imported natural gas to a more diverse mix of fuels, including renewables and waste heat.

In view of the need for a harmonized approach towards energy efficiency, the CTCN received a request from Serbia to modernize the district heating system and increase the rate of renewables integration. The CTCN responded to the request by facilitating pro-bono support via the Republic of Korea.

“Enhancing renewable energy and waste heat to the district heating system is a priority for the city of Belgrade, and must be developed as part of a holistic action plan. The integration of renewable and waste heat sources requires of innovative technologies that have already been proofed in northern European countries but that have not been demonstrated yet in the Serbian district heating market. Thanks to the CTCN and its partners, and in consultation with local stakeholders, we now have a potential study of renewable technologies and we have identified five priority technologies. It laid the foundation for future cooperation”, noted Dr. Vladica Bozic, Head of Section for Implementation of Project, Ministry of Environmental Protection of Republic of Serbia, CTCN National Designated Entity.