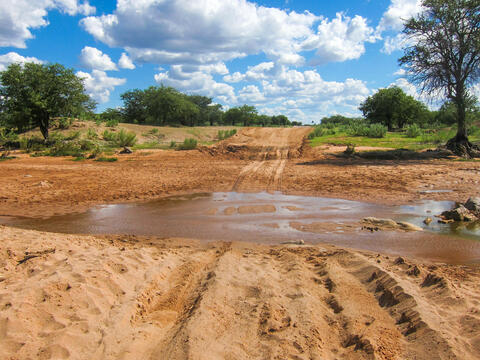 Approximately 70% of the Namibian population lives in rural areas, with 60% concentrated in the northern regions. Climatic variability is a common phenomenon in Namibia, exhibited by persistent droughts and unpredictable rainfall and temperatures. There is a need for water harvesting technologies to be installed that will help build the resilience of droughts and agricultural production under the worsening drought conditions.

CTCN partners, the Council for Scientific and Industrial Research, UNEP DTU Partnership and Carbon Trust, reviewed national policies, projects and programmes and developed a list of most promising technologies for Namibian water provision, efficiency and storage.

Project concept note, developed for the Namibian Ministry of Environment and Tourism and Ministry of Agriculture, Water and Forestry, provides information for local stakeholders  to prepare applications to funders for a potential sustainable borehole systems pilot project. As such, it outlines the current situation of boreholes in Namibia, and why such a pilot could be beneficial. Additionally, it describes the key stakeholders, potential routes for deployment, and potential funders for such a pilot, as well as estimations of costs and a timeline.