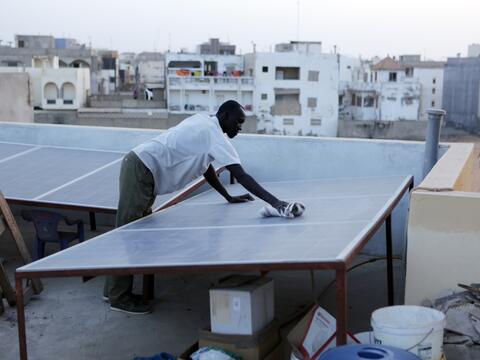 SEATTLE, Washington — The sharing of knowledge and technology has always led to greater sustainability throughout the world. As climate change becomes an increasingly crucial issue, it is imperative that technology transfers span the globe to reach remote and developing areas. Now, a collaboration between the European Union and the governments of Canada, Denmark, Italy, Germany, South Korea, Japan, Switzerland and the U.S. will enable an extensive overhaul of the United Nations Framework Convention on Climate Change through the Climate Technology Centre & Network (CTCN).

The CTCN will provide technology support to developing countries in key areas, including energy efficiency, crop drying and storage technologies, food security and transportation. As governments throughout the developing world set new goals to utilize the potential of the CTCN and its ever-expanding network of more than 230 technological institutes, progress in sustainability is becoming more feasible.

Technology transfers became prominent following World War II when the U.S. recognized the importance of improving the agriculture and food science industries in the developing world. Programs initiated by USAID, the Department of Agriculture and the Ford and Rockefeller foundations flooded expert knowledge into the developing world. In Argentina alone, 40 doctorate students helped streamline the analysis of agriculture economics through agencies like the National Institute for Agriculture Technology.

The power of technology transfers has already made its way to Africa, specifically to the arid stretch of land that bisects Saharan and sub-Saharan Africa known as The Sahel. The Sahel spans 1.1 million square miles and encompasses parts of Niger, Mali and Burkina Faso. Due to its susceptibility to drought, more than 18 million people living in this region are in chronic poverty and suffering daily from food insecurity.

Mali has reached out to the CTCN for technical assistance to help in the areas of financing and design for food storage technologies and crop drying. Through education and access to the CTCN’s vast network of technological knowledge, Mali hopes to increase food security for its people and implement new policy that will sustain food security into the future. Ultimately, this plan could set the precedent for other countries in The Sahel region, and help millions of people escape from a life of poverty.

Technology transfers are also benefiting parts of Asia, where Thailand has been very active in engaging with the CTCN. It is currently receiving technical assistance for two projects in environmental early warning systems and energy. And, in seeing the results from their own projects, Thailand has decided to step up, as a middle-man liaison of sorts, to support Bhutan in reforming their own transportation system and share the knowledge they have gained from working with the CTCN.

Progress from technology transfers throughout the developing world have not gone unnoticed, and the U.N. is urging other countries to contribute so the CTCN can connect developing countries to the innovative and relevant technologies need to thrive.