CTCN in the Media: Recent Articles

Development of a protocol for the planning, management and implementation of adaptation measures in land use planning at the level of Local Governments
END_OF_DOCUMENT_TOKEN_TO_BE_REPLACED

CTCN in the Media: Recent Articles 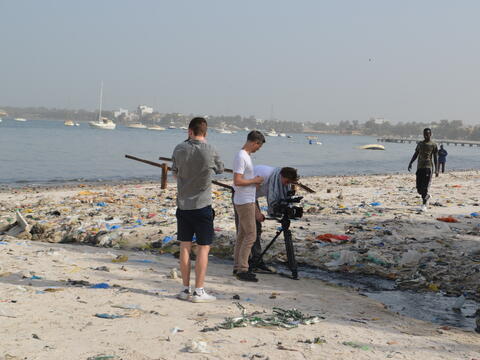 Climate change talks: will the goals be achieved? Deccan Herald

The report, roadmap to the $100 billion, remains unacknowledged by the UNFCCC but was used by developed countries as proof of keeping their commitments to give $100 billion annually till 2020 to finance climate adaptation and mitigation needs of developing countries, agreed to at the 2010 climate talks.

But the UNFCCC’s 2016 biennial report on climate finance, produced by its standing committee on finance, shows that public financing from developed to developing countries was $25.4 billion in 2013 and $26.6 billion in 2014, way short of what was being claimed by developed nations at the talks.

Indeed, the numerous requests for help from the UN’s Climate Technology Centre and Network has “made the CTCN in many ways the victim of its own success, mobilising expertise at a rate that is outpacing its receipt of funding”, says its chairman Spencer Linus Thomas.

Under India's Constitution, climate action is the mandate of states and Union Territories. Around 29 states have developed action plans on climate change (SAPCCs) under the National Action Plan on Climate Change. With new national goals on climate change as per INDC, the SAPCCs would need to refit to address the new commitments. India's plan to reach the INDC needs to be actively gender-equitable and community-based. The need for gender mainstreaming in climate action plans is vital for inclusive, sustainable development and climate mitigation. Community-based adaptation approach must also be the first line of action for the integration of adaptation in policies and planning.

The way to improve mitigation and adaptation is to optimise resources. As it moves into the implementation phase for meeting commitments, tied up funds have to be released in the budget. India needs to strongly push for Climate Technology Centre and Network (CTCN) in order to have improved capacity that would help in generating good adaptation action plans and proposals. It is important to rapidly scale-up ambition which has been lagging (SAA Farhan, What's on in India's Agenda, Development Alternatives).

India is committed to invest in tackling climate change while addressing poverty, food security and access to healthcare and education. The action plan also prioritises efforts to build resilience to climate change impacts, and gives a broad indication of the amount of financing necessary to reach its goals.

India’s plan to reach the INDC needs to be strongly gender-equitable and community based. The country needs to strongly push for Climate Technology Centre and Network (CTCN) in order to have improved capacity that would help in generating good adaptation action plans and proposals. According to the latest BP Energy Outlook, demand for green energy is expected to grow by seven times in 2035, which means the share of renewable energy in the country’s fuel mix will increase from 2 per cent to 8 per cent in 2035.

In order to extend water access in Africa, water governance for issues such as deforestation and urbanisation will require tackling at the source of the issue.

Consequently, resulting in a larger impact on the economy of the country through the reduction of money necessary to be spent on health care for water pollution-related illnesses.

The Namibian Government, in collaboration with the Climate Technology Centre Network (CTCN) and the Council for South Africa’s Scientific and Industrial Research, will jointly address water scarcity in Namibia.

The CTCN is the operational arm of the UNFCCC Technology Mechanism and is hosted by United Nations Environmental Programme in collaboration with the United Nations Industrial Development Organisation.

Namibian Minister of Environment and Tourism, Pohamba Shifeta, said water availability in Namibia will diminish under a changed climate.