CTCN in media: Climate tech and the way forward

CTCN in media: Climate tech and the way forward 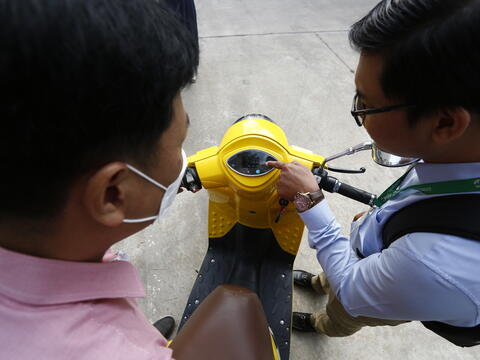 In the 18th century, technological advancement ushered in the Industrial Revolution with the introduction of coal as an energy source and a whole host of machines. Factories, automobiles and airplanes emerged over the years, radically transforming human lives.

But these developments also increased the pollution of the air and water, a consequence of the combustion of fossil fuels and the release of toxins into the environment. The Great Smog of London in 1952, for instance, resulted in thousands of deaths and prompted the passing of the Clean Air Act, according to the Encyclopaedia Britannica.

Fast forward to the 21st century, and people are now suffering from the impact of climate change due to uncontrolled greenhouse gas (GHG) emissions.

Already, global average temperatures are 1.1 degrees Celsius higher than in pre-industrial times, according to the Intergovernmental Panel on Climate Change. This has resulted in more extreme weather events, droughts and flooding in different parts of the world and a rise in sea levels.

Interestingly, technology, which contributed to the crisis due to its misuse or overuse, is now being employed to fix the problem.

But it is not that simple. Activists have criticised companies and governments for relying on technology to meet their climate targets when the said technology is still economically or technically unfeasible. They see it as a distraction from doing the real work of cutting emissions or transitioning.

How then should we be thinking about technology in a time of climate change?

“I think one of the lessons of the 21st century is that while technology has allowed humanity to develop into a modern society, it has also contributed to climate change, environmental degradation, unsustainable patterns of consumption and the production of a lot of waste,” says Dr Rose Mwebaza, director of Climate Technology Centre and Network (CTCN), the implementation arm of the UN Framework Convention on Climate Change (UNFCCC) Technology Mechanism.

“But humans are very innovative and responsive to the challenges we face. I think technology is going to play a big role in reversing some of the damage done. For me, the key question is whether we are able to do it in time to avert a catastrophe. We don’t have a lot of time.”

Instead of only citing far-fetched inventions, governments and companies should be considering the many low-hanging fruits and simple technologies that are already available.

“The beauty of technology is that it offers us a variety of options, from the really advanced ones using artificial intelligence (AI) to the simple ones that can help communities adapt to climate change immediately. At CTCN, we’ve seen things like solar-based water pumps, solar-based desalination plants and solar-based drip technologies or drones for agriculture,” says Mwebaza. CTCN matches developing countries with technology service providers and provides the initial funding for adoption.

Technology for mitigation of climate change, in particular, is already abundant, especially in developed countries, which have the resources to develop more advanced technologies such as CCUS. So, why has it not been adopted at scale yet? Cost and a lack of regulation are among the major reasons.

Meanwhile, developing countries have long demanded greater access to these technologies, as was promised in the Paris Agreement. Again, cost and ownership of the technologies are barriers.

Nevertheless, developing countries such as Malaysia should consider what technologies its companies already have, and perform a national assessment of where technology could be useful and how to access it, Yin adds. This includes not just acquiring the technology but also the knowledge of how to use it.

“Technologies like solar are cheap now. It’s just the issue of creating an enabling policy architecture to promote them. Advanced battery storage might be more difficult. Do you want it for mobility or for use in commercial and residential areas?” That will determine what kind of batteries the country should procure.