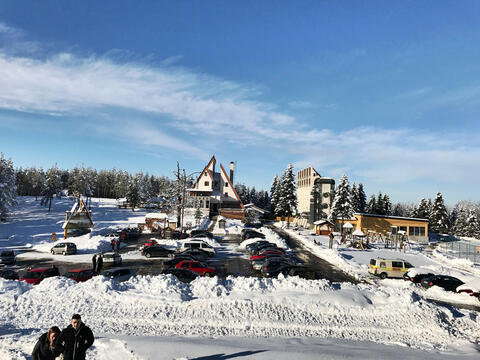 A new renewable power plant made up of 10 biomass boilers will heat homes and businesses in the second-largest city in Bosnia and Herzegovina, slashing emissions and air pollution while saving money.

At a ceremony held in Banja Luka City Hall, the city secured loans worth €8.4 million from the European Bank for Reconstruction and Development in order to meet its share of a €17.8 million investment. This will be used to develop the new plant and establish a new district heating company in a joint venture with a private strategic partner.  Private equity will amount to 51% of the share, while the City remains in possession of the remaining 49%.

The ten new biomass boilers to be constructed will have a total generating capacity of 49 Megawatts – sufficient to heat more than twenty thousand homes and businesses in Banja Luka. The switch from oil to biomass will cut C02 emissions by 91% and sulphur dioxide emissions by 94%.

This rehabilitation project will also contribute to improved energy efficiency in the city by establishing a new district heating company and modernizing the existing substation within the network. By using biomass instead of heavy fuel oil, the project will furthermore contribute to greater use of local resources and improve resilience and energy access.

UN Environment supported Banja Luka within the framework of the District Energy in Cities Initiative. Together with the Climate Technology Centre & Network and the European Bank for Reconstruction and Development, a city-wide analysis was undertaken to assess the status of the district heating network.

This was then followed by a more detailed feasibility study carried out under the auspices of the District Energy in Cities Initiative, which is supported worldwide by the Global Environment Facility. The study was produced to confirm availability of a sustainable biomass supply, and identify and assess a detailed priority investment program.

This early support from the District Energy in Cities Initiative was a vital step for the project to develop successfully.

“I am proud to see Banja Luka become the first pilot city in the world to attract private investment and a loan from an international institution under the District Energy in Cities Initiative,” said Jan Dusik, Head of UN Environment’s Europe Office. “Ahead of the UN Environment Assembly, this is a real example of change that can be achieved in favour of citizens and the economy while fighting pollution. UN Environment stands ready to help others do the same”.

Combatting climate change with the promotion of energy efficiency and renewable energy is a key priority for the European Bank for Reconstruction and Development,” underlined Ian Brown, who heads the Bank’s work in Bosnia and Herzegovina.

“One of the major challenges here is to design projects which are environmentally meaningful and financially sound. The District Energy Systems Initiative is meeting this gap by preparing the market and building a pipeline of projects ready for investment. The bank has therefore joined forces with this UN Environment Initiative as a platform to scale investment in renewable energy projects and we look forward to replicating this approach in the region and with the bank’s partner countries,” Mr. Brown added.

“The Climate Technology Centre & Network strives to serve as a bridge to essential knowledge, technical assistance, and financing in order to assist countries with their green technology objectives. We are glad that our collaborative effort to modernise the district heating network will create significant energy efficiency and renewable energy improvements for the City of Banja Luka,” said the Centre’s Director Jukka Uosukainen.

Banja Luka’s heating network experiences significant losses during energy transport and end-use. Boilers used in the heating system currently have an average age of 35 years and significant heat losses occur in the distribution network. Meanwhile, poor insulation means that up to one third of the city’s population is at risk of under-heating during the winter. District heating is also one of the biggest sources of GHG emissions in Bosnia and Herzegovina and a major cause of poor air quality, which is responsible for 44,000 years of life lost each year in the country.

In June 2017, the European Bank for Reconstruction and Development cleared the technical and financial aspects of the project. The Bank will provide Banja Luka with a loan of € 8.347 million. Out of this amount, the city will invest € 7.497 million as an equity stake in the newly created District Heating Company named ‘Eko Toplane’ d.o.o. Banja Luka. The remaining € 767,000 is to be lent as a shareholder loan to the Company. This will be used as working capital for the initial purchase of biomass, while the € 83,470 will be used for the Front End Fee.

The transition to renewable sources will add to a transition to green economy through cost savings from wealth creation through reduced fossil fuel expenditure and generation of local tax revenue and local employment from jobs created in construction and operation of the new biomass plats, as well as in biomass supply chain, among other.