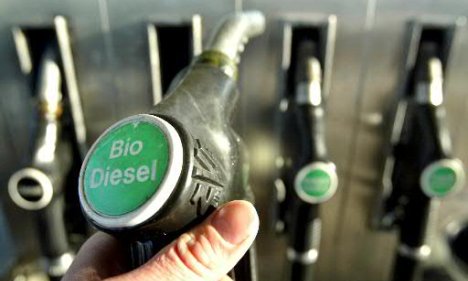 Liquid biofuels for transport, including biodiesel, have to a certain extent been in use for a very long time. In recent years however, they are enjoying renewed interest in both developed and developing countries as a result of the need to curb rising emissions from the transport sector, reduce dependence on expensive fossil oil imports and increase farm incomes. An important advantage of biofuels is that they can easily be integrated into the existing transport infrastructure, thus avoiding the often prohibitive investment costs associated with other renewable options for the transport sector. Conventional, 1st generation biodiesel can be produced from various vegetable oils, such as rapeseed, palm, soybean and jatropha oil and animal fats. Biodiesel can have significant benefits in terms of GHG emissions and socio-economic development. However, some biodiesel production has also been criticized for causing deforestation, loss of local livelihood and for having a negative GHG emissions balance (when palm oil is produced on peat land)

Depending on the feedstock and conversion route, we can distinguish 1st and 2nd generation biodiesel (lately, even 3rd generation options are staring to emerge, e.g. from algae). 1st generation biodiesel, also known as lipid-derived diesel, can be produced from various vegetable oils, such as rapeseed, palm, soybean and jatropha oil and animal fats

Biodiesel is used as a diesel substitute, and is generally blended with fossil diesel to various degrees. In Europe, the fuel standard permits only up to 5% biodiesel blend, mainly due to limitations imposed by fuel and vehicle specifications. Using blends over 20% may require some modest vehicle adaptations. Higher biodiesel fuel blends are sometimes used in fleet vehicles (e.g. trucks and buses) (IEA Bioenergy, 2009).

Depending on the feedstock and conversion route, we can distinguish 1st and 2nd generation biodiesel (lately, even 3rd generation options are starting to emerge, e.g. from algae). 1st generation biodiesel, also known as lipid-derived diesel, can be produced from various vegetable oils, such as rapeseed, palm, soybean and jatropha oil and animal fats

There are various routes to produce 1st generation diesel-type fuels from biomass. Transesterification, the most common route, is a catalytic process where fat or oil is combined with an alcohol (usually methanol). Two important by-products of this conversion route are glycerin and animal feed in the form of press cakes. The alternative route, hydrogenation, a process resembling oil refining, has so far seen limited deployment, although it produces a renewable diesel of superior quality (with higher blending potential) to that obtained via transesterification (IEA Bioenergy, 2009).

Production of biodiesel depends mainly on sufficient provision of economical vegetable oils and animal fats used as feedstock. The production of biomass, both food crops such as rapeseed and oil palm but also lignocellulose biomass for 2nd generation biofuels, is limited by the availability of land and crop yields.

In 2011, approximately 1.6 billion hectares of land area was used as permanent cropland (FAOSTAT, 2013). After excluding forest land, protected areas and land needed to meet increased demand for food crops and livestock, estimates of the amount of land potentially available for expanded crop production lie between 250 and 800 million hectares, most of which is found in tropical Latin America or in Africa (Fischer, 2008). The other source of increased feedstock supply is the increase of yields: intensification of land use through improved technologies and management practices. In most African countries yields are only a fraction of their potential and significant improvement can also be achieved in Asia and most parts of Latin America (even in Malaysia, where oil palm yields are already among the highest in the world) (FAO, 2008). However, yield improvements require significant investment into fertilizers, mechanization and training of farmers to improve agricultural practices.

Other countries are planning to step up production of biodiesel, often seeking to take advantage of its export potential. In Brazil in 2008, the government mandated that all diesel fuel must contain 2% biodiesel, which will be raised to 5% by 2013. The Philippines also adopted a 2% biodiesel blend obligation. In Malaysia and Indonesia, the palm oil industries are looking to supply an increasing proportion of the country’s diesel (WWI, 2007). Palm oil, soy bean oil and other vegetable oils, oil seeds and biodiesel, are increasingly traded on a global scale in response to increasing demand for biodiesel in the EU and many other world regions. In 2004, an estimated 1 million tonnes (out of 23 million tonnes traded) of these commodities were used for energy purposes (Heinimö and Junginger 2009). There are indications that this volume has been increasing rapidly. Main producers and exporters of vegetable oils (and increasingly of biodiesel) are Malaysia and Indonesia for palm oil and Argentina for soy bean oil (IEA Bioenergy, 2009).

The above mentioned benefits will materialize only within a comprehensive adequate policy framework. In absence of a clear and consistently enforced set of policies promoting sustainable production of feedstock and the equitable distribution of proceeds from biofuel sales along the whole supply chain, increased development of biofuels can lead to the following problems:

Especially some biodiesel produced from palm oil has received criticism as in some regions it was associated with destruction of natural rain forests, and resulting loss of biodiversity and local livelihoods. In addition, whilst average data for the CO2 balance of palm oil based biodiesel indicates a net benefit (see Figure 3), the actual CO2 balance depends highly on the land use changes associated with the biodiesel production. A life cycle analysis of palm oil based biodiesel shows significant GHG emissions for palm oil planted on peat forest land (Ifeu, 2008) (see Figure 4)

In 2004, the Roundtable on Sustainable Palm Oil (RSPO) was formed to develop and implement global standards for sustainable palm oil. Financial requirements and costs== Depending on the feedstock used and scale of the plant, production costs can differ significantly. Because of lower average costs, larger plants (of capacity greater than 200 million liters per year) have dominated among new installation, a trend similar to industrial production of bioethanol. Production costs range from roughly $0.50/l to $1.60/l, depending on whether waste feedstock or vegetable oil is used as the main input. In the case of the latter, production costs are dominated by feedstock cost (IEA Bioenergy, 2009). Figure 5 shows indicative production costs of conventional biodiesel based on exemplary project specifications. Figure 6 gives a range of costs for biodiesel and diesel production.

In general, the profitability of a biodiesel plant is highly dependent on the spread between the feedstock costs and the sales price for the biodiesel.

Project developers of biodiesel projects under the CDM mainly apply the following CDM methdologies: AMS-III.T.: Plant oil production and use for transport applications and AMS-III.AK.: Biodiesel production and use for transport applications for small-scale projects and ACM17: Production of biodiesel for use as fuel for large-scale projects

As of March 2011, there are 8 biodiesel projects in the CDM pipeline, out of which 1 small-scale project is registered.