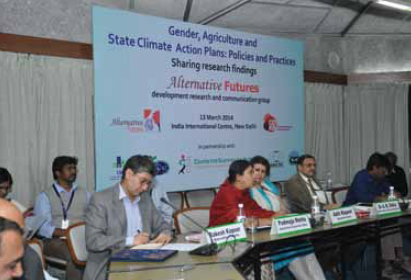 1. The integral link between women and climate change adaptation was recognized in climate planning by the Central, State governments.

5. Contributed to India’s official submission on gender to the UNFCCC subsequent to the decision of the 18th Conference of Parties on advancing the gender balance goal.