From Table to Soil - a Holistic Approach to Waste Management

From Table to Soil - a Holistic Approach to Waste Management 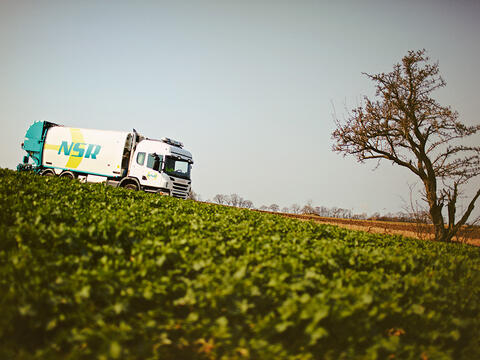 The municipality-owned waste plant NSR works with developing all stages of waste management for six municipalities in southern Sweden. NSR refers to its holistic approach to waste management as ‘from table to soil’, which incorporates various aspects of recycling, from smart kerbside waste collection to turning food waste into fuel and biofertilizer. NSR (Nordvästra Skånes Renhållnings AB) manages waste from 330,000 residents in the municipalities of Helsingborg, Höganäs, Bjuv, Åstorp, Ängelholm and Båstad. The waste plant was established in the late 1980s and over the years it has gone from being a landfill site to a waste management company focusing on lifestyle change and waste prevention, with the goal of enabling a sustainable and recycling-based society.

<h2> Convenient kerbside waste collection </h2>
NSR was a pioneer in introducing kerbside collection of waste, which facilitates the sorting of different fractions by allowing many households in the region to sort waste into at least eight fractions in bins in their own garden. The number of apartment buildings provided with this solution for separation at source is also increasing. All trucks used to transport waste run on fossil-free biogas.

<h2> Less than two percent goes to landfill </h2>
The basic idea is to regard waste as a resource and find solutions for reusing and recycling it to the greatest extent. The waste is transported to NSR’s plant in Helsingborg, which is the company’s logistics hub. The various materials are then transported to paper mills, smelters and other industrial facilities in Sweden, and overseas for recycling. This results in less than 2 percent of waste going to landfill.

In addition, to minimise greenhouse gas emissions from landfill, the cities of Helsingborg and Höganäs have a network of pipelines and wells that draw off the gas, which is then used to produce district heating.

<h2> Industrial park recycles food waste </h2>
The Vera Park industrial area, which has developed out of the NSR plant, works with businesses in the recycling sector. One of these is a biogas plant where food waste is converted into fuel used by buses in Helsingborg and biofertilizer that’s pumped via pipelines to local farms. Vera Park is also described in a separate best practice on this website.

Another aspect of the plant’s sustainability development is handling and separating different types of water; storm water, leachate, surface water and groundwater. No water leaves the plant without being tested for contaminants, after which it goes to treatment plants to be reused.