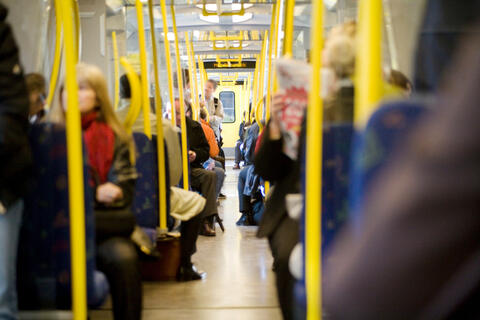 <h2> Clearly defined goals </h2>
The journey towards fossil-free, low-carbon public transport began way back in the 1980s. Thanks to hard work, a long-term approach and clearly defined interim targets, the goal of 100 % renewable energy for the metro, buses and local trains was achieved in 2017. The next goals for 2030 are to have fossil-free maritime traffic, cut emissions by 75% compared with 2009 levels, and to use 15% less energy per passenger kilometre than in 2011.

<h2> Sustainability at all levels </h2>
For SL, sustainability is important at every level. The majority of SL properties, depots and stations are heated using green energy. New construction work is subject to strict recycling and eco-labelling requirements. In addition, SL works hard to make all its services quieter and minimise emissions. Collaboration with scientific and business communities is part of its continual improvement strategy.

<h2> Making way for an electric bus system </h2>
In its quest for smarter and more effective ways to operate public transport sustainably, SL has shown an interest in modern electrically powered buses. The Stockholm Public Transport Administration has carried out a major study to learn more about the possibilities of integrating electric buses into public transport throughout the entire Stockholm region. The study provides a deeper understanding of costs, risks, opportunities and benefits. It explores how much switching to electric buses would reduce energy consumption, noise levels and the extent to which it would eliminate particle and nitrogen emissions. The Stockholm Public Transport Administration is happy to share its findings and provide support to any other organisation interested in the study.

<h2> Smooth and sustainable in Norrtälje </h2>
Norrtälje City in Stockholm County has replaced an entire bus transport system with electrically powered vehicles. The initiative has been formed in cooperation between the municipality, bus operator Nobina and SL. The buses run on renewable electricity and offer both quieter and more sustainable public transport.