Fujimin® is the high concentrate fulvic acid solution which can be obtained by only the mass production technology using timber from forest thinning. Fulvic acid is one of the components of humic substances generally obtained from humic soil in forest. While fulvic acid has the effect of facilitating the absorption of fertilizer by plants and improving the soil environment, it can normally be found only in trace amounts in the terrestrial soil and the bottom of water bodies.

As Fujimin® is produced with natural materials through non-microbial process, it has no environmental impact, even though fulvic acid concentration of Fujimin® has several hundred times as high as nature-derived. 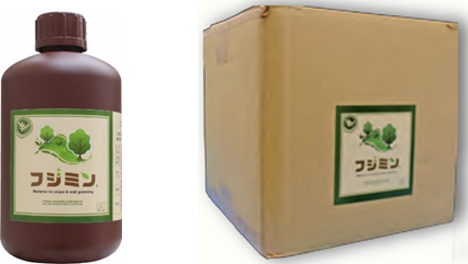 Fujimin® has the following effects as general features of fulvic acid.

Since agriculture is a key industry in many developing countries, improving the efficiency and the quantity of harvest is an important national priority in those countries.
Fujimin® not only has the effect of improving the yield of crops efficiently, but also expands the applicability of crops to acidic and alkaline soils. That is why Fujimin® can contribute to the expansion of the farmland.

Since many fulvic acid products of competing companies are manufactured through a complex process from sediments, they are more expensive and older than Fujimin®. Old fulvic acids tend to have lower activity compared with fresh fulvic acids because the activity of the fulvic acids has deterioration over time.

On the other hand, Fujimin® made from wood fibers and organic acids derived from organic substances of natural origin, which is more inexpensive and has higher effectiveness of fulvic acid, because it is freshly and industrially mass-produced by the organic acid fermentation process of wood chips without microorganisms and condensation, and polymerization process of wood fiber lignin with organic acids. It is expected that Fujimin® has functions of promoting photosynthesis in plants, discharging excess salts and promoting the effective utilization of unused fertilizers in the soil. The reason specifically why the product is expected to have an effect of activating photosynthesis indispensable for plant growth is that it has a strong function of taking iron ions by the chelating effect, and has higher amount of ferrous ion than products of other companies.

・Chemical properties of Fujimin®
- Concentration of fulvic acid (undiluted solution): more than 4,000mg/L
– pH: 3.0～6.0
・Appearance: brown liquid
・Storage condition: The product shall be well sealed when it is stored. It shall be stored indoors at a dark place by
avoiding direct sun-lights, hot temperature, and high humidity.
・Life time: up to 3 years 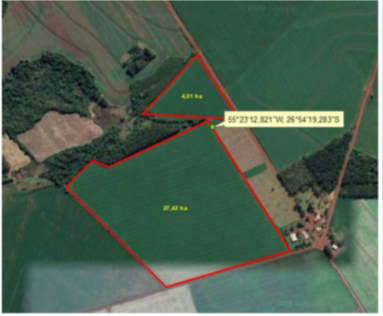 [Result]
4.3tons/ha of the average yield of soybean was resulted by the application of Fujimin® (in2019), while the previous year’s average soybean yield was 2.9tons/ha (in2018).
The yield has improved by 1.48 times. 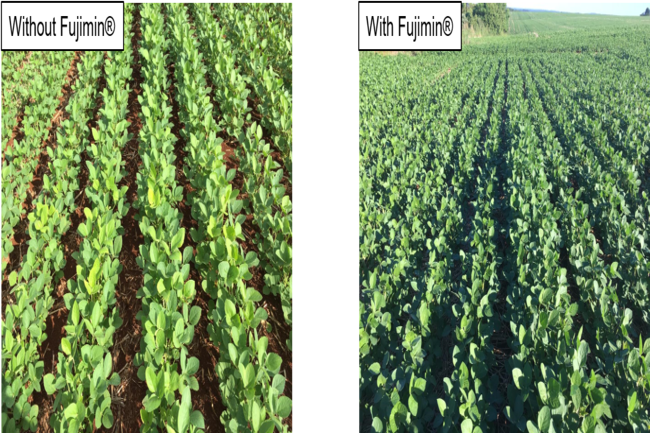 1) Domestic sales records
Fujimin® has been sold in Japan since 2015, and has shipped over 60,000 liters so far. Major shipping destinations are large-scale public works. For example, the vegetation base embankment of the coastal disaster prevention forest in the Minamisoma area of Fukushima Prefecture is used. There is salt removal, etc., and it is used in tens of hectares. In recent years, the use of vegetables and orchard farmers in Japan whose soil has deteriorated due to continuous cropping has been promoted.

*All of them are certified by Japan Patent Office.