The “Micro Hydropower System” developed by Nakayama Iron Works Ltd., is a type of hydroelectric system that can produce a few kW to 1 MW of electricity. Until now, the company has installed hydropower plants with a maximum capacity of 49.9kW, and they are now working on a project with a maximum capacity of 420kW. The technology can produce electricity using small streams as main resource for power generation. 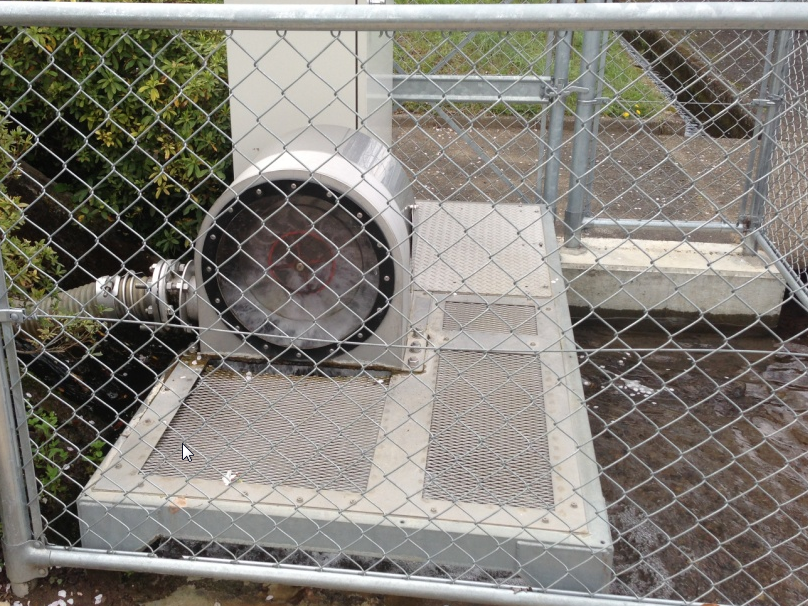 I. Wide Range of Turbine Types and Capacity
The company offers different types of hydro turbines, e.g. Cross flow turbine, Pelton turbine, Francis turbine, Propeller turbine, Kaplan turbine, Pump turbine etc. They offer turbines with a capacity of a few kW to 1 MW. All turbines work under different range of head and discharge. Based on the site data suggested by the customer, and the geological condition at the site, the company offers suitable turbines for the respective sites.

II. Installation
To install a hydro turbine at any site, it requires flow of water coming from some heights. Geological condition at the site also needs to be considered. A micro hydro system can be installed at a range of different sites including, irrigation canal, rivers (run of river systems), existing dam for irrigation or drinking and water purification plants.

III. On/off Grid
The micro hydro systems can be operated on or off the grid system depending on the user and availability at the site. The system has an electric control panel that switches the energy supply on/off. It provides power independently to homes and small business facilities, or complements other energy sources such as solar photovoltaic and wind.

The micro turbine is a matured technology, so manufacturing of the mechanical parts of the equipment (Pelton Wheel, Cross flow system) can be made either in Indonesia or in Japan, depending on the conditions.

Our company’s competitive advantages are as follows, which we have got through joint research with Kyushu University, and other manufactures.

OFF Grid
Example A: Application of the micro hydro turbine power system in household network. 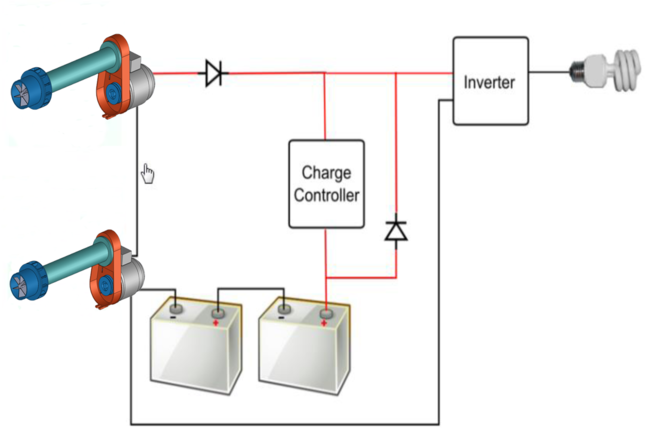 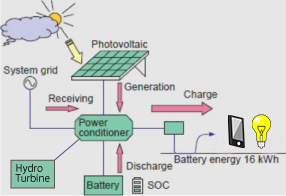 ON Grid
Electric grid is an interconnected network of several power sources, such as solar, wind, and hydro electric plants. It is necessary to undertake joint research with researchers, manufacturers, and PLN. The micro hydro turbines are applicable to rural areas. 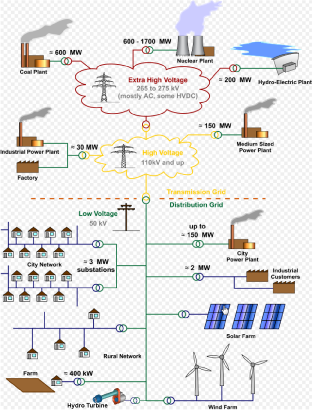 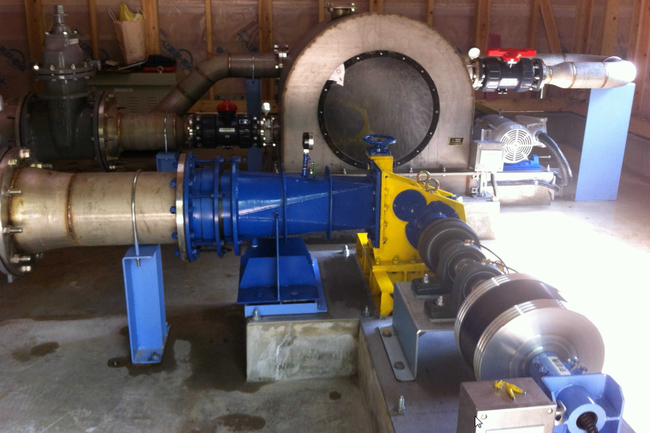 Based on conventional technology, we started to develop small hydroelectric power systems using water conduit in 2012. Later, in collaboration with the Indonesian Small Hydropower Association, a more affordable technology was established and successfully implemented.

Additionally, we have been proceeding with a small hydropower project in India since 2012 with JAG Seabell co., Ltd.＊ through OEM to provide turbines for hydro power generation. There are a lot of potential sites overseas that can be considered for power generation using ultra-low head technology. More irrigation channels are located in those sites, comparing with Japan.

ON Grid electrification system difference from country to country.