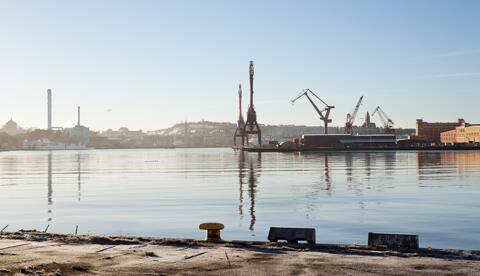 The City of Gothenburg in Sweden uses a district cooling system powered by the cool flows from Göta älv. Gothenburg City Council decided, 2017, to approve Göteborg Energi’s initiative backing a significant expansion of the district cooling network in central Gothenburg, with a total project value of SEK 450 million stretching until the year 2035.

The investment in district cooling entails using a central network to offer cooling to businesses such as offices, hospitals and industries. District cooling works in precisely the same way as district heating, but vice versa – the water is cold instead of hot.

Gothenburg’s district cooling system harnesses free, local resources – river water and surplus heat – in order to offer citizens a cost-competitive, energy-efficient alternative to conventional air-conditioning. In summertime, when the demand for district heating is low, Göteborg Energi produces and sells District Cooling, based on the surplus heat. Gothenburg uses the river Göta älv to pre-cool water used in its large-scale district cooling system. By using a combination of river water for pre-cooling and waste heat from an incineration plant to drive its absorption chillers, Gothenburg substantially lowered CO2 emissions compared to conventional cooling methods. Customers get the environmental benefit of sustainable cooling at an affordable cost.

District cooling in Gothenburg is a sustainable way of providing a solution for a growing cooling domestic and industrial market. Cities that use district cooling instead of air conditioning units for each building will save on costs and emissions. Using naturally cool river water is a clean and affordable source of energy for district cooling.

Gothenburg’s municipally owned energy company aims to be fossil free by 2025. One example of the measures being implemented by Göteborg Energi is Reduce the climate impact of district cooling.