Electromobility in Gothenburg Creates a Greener and Cleaner City

Electromobility in Gothenburg Creates a Greener and Cleaner City 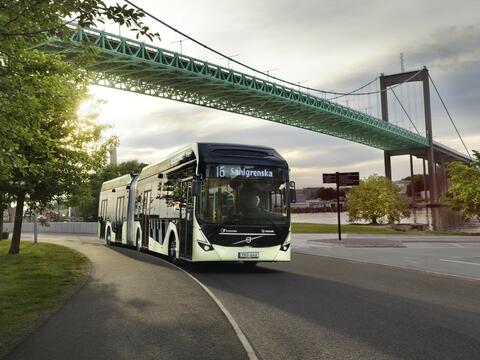 Fossil-based transport is a major contributor to cities’ CO2 emissions, as well as adding to noise and air pollution. By enabling all forms of transport to run on electricity, electromobility is key to making cities greener, cleaner and more pleasant to live in. Gothenburg is home to several leading projects within ‘electromobility’, which refers to various types of electrically powered transport. The city has already made significant progress in electrifying its public transport, last-mile deliveries and waste transport. The goal now is for the entire transport system to be electrified and fossil-free by 2030.

<h2> Electric buses in regional transport </h2>
Between 2019 and 2020, regional public-transport company Västtrafik introduced 210 electric buses in various locations across the Västra Götaland region, including Gothenburg. But the plan is for all of Gothenburg’s bus services to be electrified by 2030.

<h2> Demonstration arena for electrified public transport </h2>
The electricity project develops, tests and demonstrates solutions for tomorrow’s electrified transport, including buses, ferries and heavy vehicles. Electric buses have been operating on a bus route in the centre of Gothenburg since 2015 in conjunction with a number of research projects. These tests have paved the way for the wider introduction of electric buses by public transport provider Västtrafik. Western Sweden now has the highest number of electric buses in the Nordic countries.

<h2> Test bed for electric and autonomous transport </h2>
A large site at the old airport in Säve is where a cluster is being created for the innovation and development of future sustainable transport and mobility. The cluster will be a test bed for autonomous and electric vehicles. One of the initiatives is the development of an electric passenger aircraft. Over the next few years, the area will be developed into a flexible logistics hub, with infrastructure based on transhipments and autonomous, electrified transport.

<h2> Electric ferry part of public transport system </h2>
Elvy is Gothenburg’s first electric hybrid ferry, with capacity for up to 300 passengers and 90 bicycles on its route across the River Göta. The ferry is part of the regular public transport system that operates on the river and is also free of charge. Elvy’s battery-powered drivetrain cuts emissions of CO2, nitrogen oxides and particles by a third. The new technology will mean fuel savings of up to 45 percent compared with similar ferries powered by combustion engines.