Development of a National Metrics System for Climate Change
END_OF_DOCUMENT_TOKEN_TO_BE_REPLACED 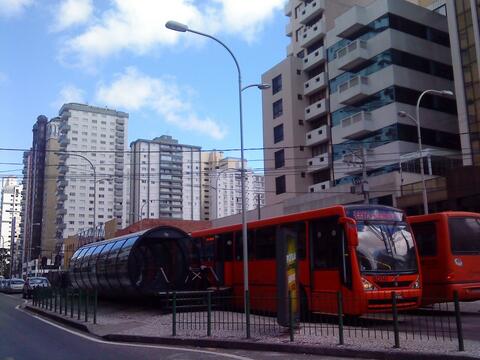 Bus Rapid Transit (BRT) is a system that emphasizes priority for rapid movement of buses by securing segragated ways. It works in a similar way to light-rail trains or railbased metros, but it operates intead at street level. The BRT of Curitiba transported around 1.2 million passenger per day when launched in 1974.

Among the benefits of BRT systems the following can be mentioned:
1) Modal integration with other modes
2) Rapid boarding and inteligent ticketing
3) High currying capacity
4) Decrease congestion
5) Implementation cost is a fraction of a metro