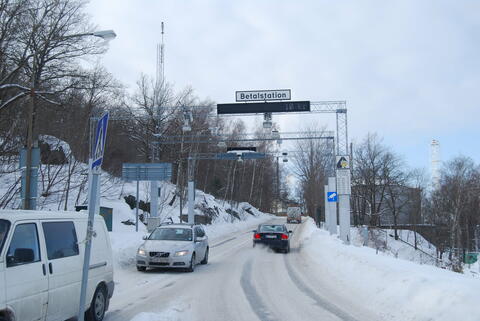 The introduction of congestion charges in Stockholm was one of the reasons why Stockholm was awarded “European Green Capital 2010”. The introduction has led to reduced traffic with about 20% and the air quality has been improved. <b> Varying charges </b>
The congestion charges were first introduced in 2006. The charges vary during the day, and the tax amounts are raised during certain hours of the day when traffic peaks. Congestion charges also vary during the year. In late spring, and in summer and autumn, traffic density and congestion levels are generally higher than in winter and early spring, and therefore the charges vary accordingly. Nevertheless, the maximum total amount per day and per vehicle is limited to SEK 135. The charges are updated every few years.
.

<b> Use of technology </b>
There are unmanned electronic control points at all entrances to the areas with congestion tax. The congestion tax is applied on both entry and exit of the affected area. When the vehicles are passing the control points, they are identified through automatic number plate recognition. The equipment, consisting of cameras, laser detectors, antennas, and information signs are mounted on a set of gantries at each control point. There are no payment booths at the control points, they are all unmanned and payment is done by other means later, via direct debit or electronic invoice system.