Development of technology tools for the assessment of impacts, vulnerability and adaptation to climate change in the coastal zones of Uruguay
END_OF_DOCUMENT_TOKEN_TO_BE_REPLACED 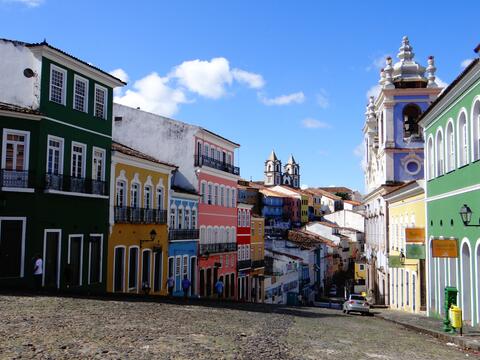 Amidst growing calls for stronger and faster climate action, the upcoming Latin America and Caribbean Climate Week 2019 (LACCW) is set to boost the region’s response to the current climate emergency.

Hosted by the Federal Government of Brazil, the LACCW is organized by a partnership of international and regional organizations and by the City of Salvador da Bahía where the event will take place from 19 to 23 August 2019.

The agenda of the LACCW is now published online, showcasing a dynamic schedule of activities that will demonstrate increasing climate ambition across the region, from technical discussions to thematic dialogues.

Ministers of Brazil and other countries in the region, the Mayor of Salvador, local authorities, regional leaders from public and private sectors, civil society and UN officials will gather on Thursday 22 August for a High-Level Dialogue.

Leadership at the highest level is urgently needed to close the ambition gap of current national climate plans (known as Nationally Determined Contributions or NDCs) in order to meet the goals of the Paris Climate Change Agreement of limiting global average temperature rise to 1.5 degrees Celsius and achieving carbon neutrality by 2050.

To boost ambition and accelerate the implementation of the Paris Agreement and the 2030 Agenda for Sustainable Development, the results of the LACCW will feed into the outcome of the Climate Action Summitorganized by the UN Secretary-General on 23 September in New York.

Leaders, policymakers, regional and global stakeholders gathering in Salvador in August will engage in in-depth discussions on four of the nine tracks of the Climate Action Summit: energy transition; industry transition; infrastructure, cities and local governments; and nature-based solutions.

The LACCW will be the occasion to discuss challenges and opportunities for climate action from a Latin American and Caribbean perspective. It will offer the opportunity to key actors in the region from across sectors to convene, learn and exchange knowledge and best practices, to assess, jointly plan and create new climate action initiatives.

Registration for the Latin America and Caribbean Climate Week 2019 is open here.