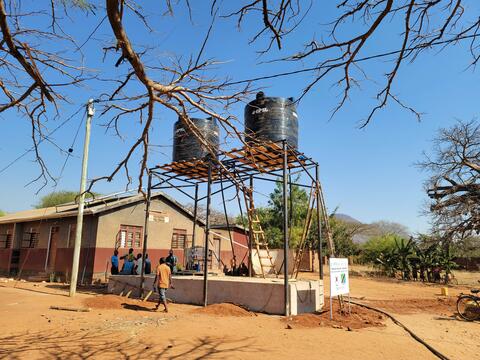 The Climate Technology Centre and Network (CTCN) is assisting Tanzania to develop a domestic solar water pumping model. The company from South Korea, Yujin Energy Technology, is implementing this project through pro bono support provided by the Government of Korea.

Pumping of water for domestic and productive uses has been difficult to maintain in Tanzania. This challenge is highly attributed to the higher costs of pumping water using conventional means such as diesel generators and electricity. A solar PV based water pumping system was designed and implemented on a pilot basis in a village in Tanzania.

During the first mission, a site survey was conducted to determine the targets of the pilot system installation, along with project inception to public stakeholders in Tanzania. A site survey was conducted in 7 villages in the Mpwapwa district in the Dodoma region, and as a result, a borehole well in Nghambi village was selected. At the time of the site survey, the manual pump of the borehole well was broken and was not working, so the people could not get water.

“After the first mission, a pumping test was conducted on the borehole tube well in Nghambi village, and it was confirmed that it had a sufficient quantity of water. Also, at this time, the broken manual pump was repaired so that the residents could use the water”, noted Mr. Hoon Kim, Yujin Energy Technology.

This second mission was to install a pilot solar water pumping system in the Nghambi village. After the installation of the steel structure was completed, the local contractor's technicians arrived and installed PV panels on the roof of the village's dispensary, removed the manual pump from the borehole well, and installed a submersible pump. After installing the PV panel control system, the submersible pump could be operated, allowing people to receive water conveniently. A lot of people in the village voluntarily participated in the installation of steel structures, water tanks, and submersible pumps. Since the solar power generation system and the submersible pump were procured locally and installed by a sub-contracted local company, operation and maintenance is expected to be possible for a long time in the future. 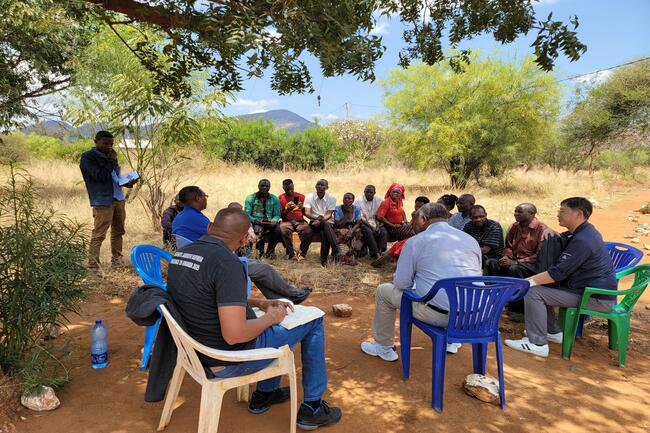