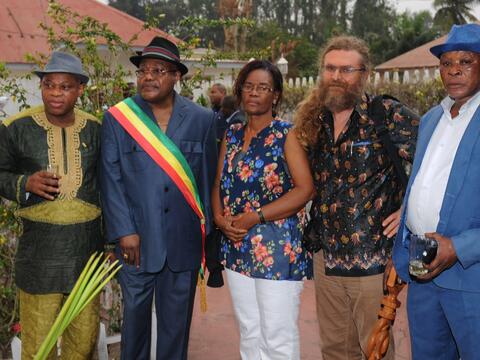 The CTCN is collaborating with the Government of Congo on a feasibility study for the creation of a centre to monitor health and environmental risks in Pointe-Noire and possibly encompassing other countries in the Gulf of Guinea. Over the last few years, Point-Noire has experienced an increase in population density, leading to rapid urbanization; a resurgence of emerging diseases such as cholera, wild poliomyelitis type 1, chikungunya, etc.; and environmental degradation (characterized by pollution, coastal erosion and an increased presence of solid and liquid waste in the urban environment). The Government, aware of the vulnerability of Pointe-Noire and its coastline, has made numerous efforts to address these issues. Nonetheless, the state of health of people living in the city and the environmental situation of Pointe-Noire and its surrounding area remain a concern.

CTCN Consortium partner, the Asian Institute of Technology (AIT), organized a mission to Congo to begin developing a technical assistance plan for the feasibility study. Numerous local stakeholders provided input to AIT representatives, including Senator Antoine Denis Loemba.Inventories carried out in the area have revealed a number of environmental threats related to: poor management of domestic, industrial and biomedical waste; soil and coastal erosion; flooding; soil pollution, water pollution (from oil spills) and air pollution (from hydrocarbons) and finally, a rise in sea level (50 cm by 2100, accompanied by an increase in salinity) as the shoreline retreats.

It is expected that this technical assistance will enable the government of Congo to gain necessary insights and planning guidance in order to develop a health and environment monitoring centre in the Pointe-Noire area capable of monitoring and analysing relevant data and disseminating information and recommendations to key institutions serving the public.