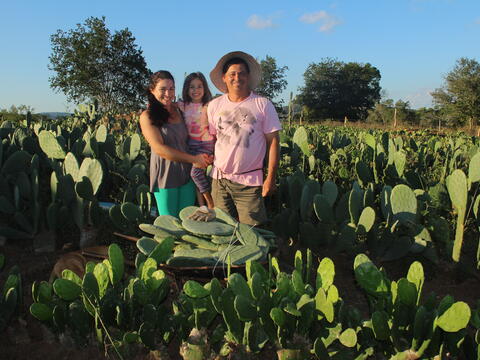 Organizations, cities, industries, universities, governments, and others taking bold leadership on climate change can nominate their work for a UN Global Climate Action Award. The award, the focus of United Nations Climate Change’s Momentum for Change initiative, recognizes the most innovative projects in the field of climate action.

Winning activities encompass scalable and replicable examples of what people are doing to address climate change, in the hope of inspiring others to act. The selected activities will be recognized and celebrated at the UN Climate Change Conference (COP 25) in Chile.

Past recipients of the award have maximized their impact and scaled up globally.

For example, Bhungroo, a rainwater management system used in dry spells to provide food security and sustainable livelihoods to marginal farmers across India, won the award in 2015. Today, Bhungroo is also being implemented in Ghana, Zimbabwe, Togo, and Madagascar.

Liter of Light, a solar lighting project that can be implemented with everyday objects and carpentry skills, won the award in 2011. It began in the Philippines and has since spread to 30 countries. In 2015, Liter of Light went on to win the coveted Zayed Future Energy prize.

Past winners have also included Google, Microsoft, and the Government of British Columbia, Canada.

“With the adoption of the Katowice Climate Package, we have entered a new era in our collective efforts to address climate change; one demanding increased climate action at all levels,” said Patricia Espinosa, Executive Secretary of UN Climate Change.

“The UN Global Climate Action Award is an opportunity to recognize leaders who are not only taking such action, but providing an inspiring example for other governments, businesses, cities and communities to follow. I therefore encourage those currently leading projects—from large corporations to small cooperatives—to apply.”

The 2019 award will recognize climate action that is already achieving real results in four categories:

The award’s Advisory Panel, made up of senior experts from various fields and countries, will select the winners. The panel is part of the secretariat’s Momentum for Change initiative, which is implemented with the support of The Rockefeller Foundation and operates in partnership with Climate Neutral Now, donors supporting the implementation of the UNFCCC Gender Action Plan, and the World Economic Forum.

Applications for the 2019 UN Global Climate Action Award will be accepted  through 30 April 2019 at: https://momentum.unfccc.int/